3D printing is here to stay for a very long time. It is the answer to the rising carbon footprints. Earlier we saw an Austin-based company unveiling an affordable 3D printed house at SXSW, and now it seems we’re transitioning towards automobiles with a 3D printed car. Though the concept is not uncommon with a range of 3D printed cars like Strati, Light Cocoon, Genesis, and Urbee, it’s the scale of production that the new car will be produced, oh, printed.

“XEV is the first real mass production project using 3D printing. By saying real, I mean there are also lots of other companies using 3D printing for production. But nothing can really compare with XEV in terms of the size, the scale, and the intensity.” Said, Dr. LuoXiaofan, the co-founder and CEO of Polymaker.

After an intensive research on the global automobile industry, the start-up venture, XEV adopted Industry 4.0 strategy i.e. ‘computerization of manufacturing’ as a guideline to design a new vehicle. Thus, the underlying agenda of XEV is to manufacture a cost-effective electric vehicle which weighs light, gives higher fuel efficiency and can be volume produced in minimum time. 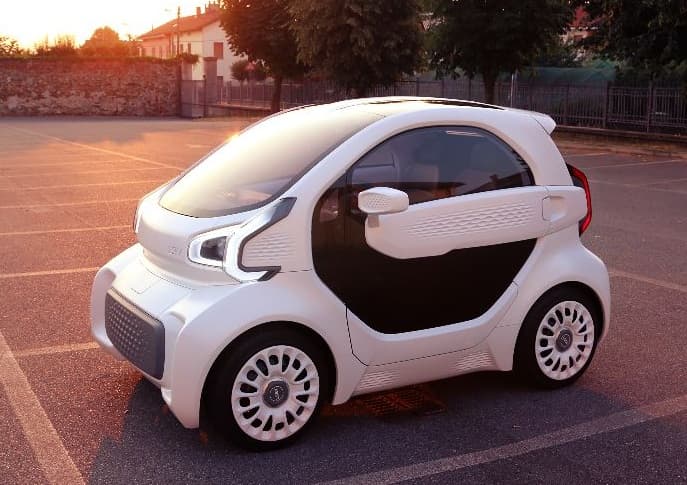 And here comes the job of Polymaker, a Chinese company, which will 3D print all the parts of LSEV except glass, seats, and chassis. This, in turn, has brought down the production cost by 70 percent as compared to a conventional production system. Polymaker has customized engineering plastics to match XEV’s needs and automobile industry standards along with enhancing the aesthetic appeal of the car. It has researched upon identifying a suitable surface treatment and color of the 3D printed car for taking up customization and large production in long run. It has played an integral role in creating the complete product instead of only supplying end-use parts.

LSEV is suitable for urban traffic. The number of components in the electric vehicle is reduced from 2,000 to 57 which ultimately make it much lighter. At 450 kg, it is much lower than identical-sized vehicles. Compounding on this advantage, The 3D printed car is fuel efficient. Its top speed is 43 miles per hour and can travel 90 miles on a single charge. 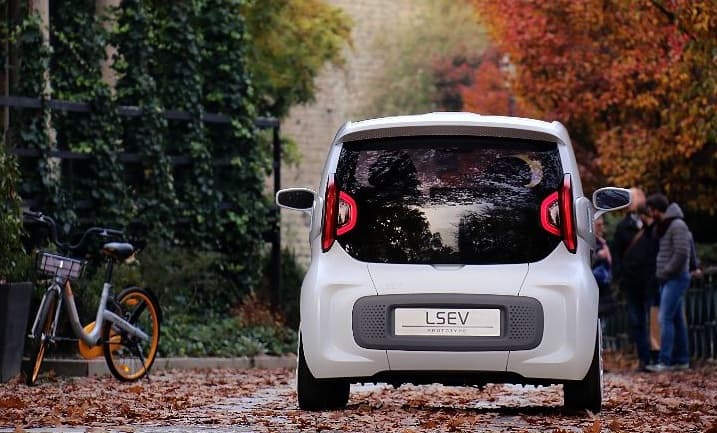 A model of LSEV can be produced within 3-12 months

Eventually, 3D printing technology has cut down the time of production of the electric car. A new model of LSEV can be produced within 3-12 months whereas it takes about 3-5 years on a traditional R&D process of car making. Above all, LSEV will come in the price bracket of $7500 – $10,000 reportedly.

XEV will begin the production of the 3D printed car by the second quarter of next year (2019). It has already received the order of 7000 cars from Europe.  An Italian postal service, Poste Italiane has ordered 5000 cars and ARVAL, a cab sharing service managed by BNP Paribas has given an order of 2000 cars.

Over a time, electric vehicles have become a common phenomenon yet its mass consumption is still in doubt. The way 3D printing technology is explored in every dimension of manufacturing, it seems the real disruption in the automobile industry has just begun.