American author and former wife of e-commerce mogul Jeff Bezos, Mackenzie Bezos signs the Giving Pledge and promises to give half her fortune to charity. 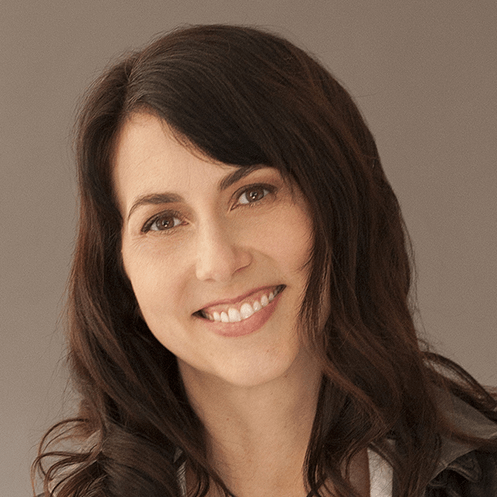 Less than two months after the largest divorce settlement in history wrapped up, Mackenzie Bezos has promised to take the Giving Pledge legacy forward and donate half her wealth to charity. She made the announcement on 28th May in a letter which stated that half her fortune – which is $35 billion will be given to charity over her lifetime or in her will.

MacKenzie Bezos became the world’s third richest woman following the divorce settlement where she received 4 percent states in Amazon, taking her net worth to $35 billion.

Mackenzie said in a statement, “In addition to whatever assets life has nurtured in me, I have a disproportionate amount of money to share,” she said in a statement. “My approach to philanthropy will continue to be thoughtful. It will take time and effort and care. But I won’t wait. And I will keep at it until the safe is empty.”

A very important leadership lesson to learn from Warren Buffet and Bill Gates, the creators of The Giving Pledge, is their innate desire to use their privilege to help people without privileges. The first signatories of The Giving Pledge, Warren Buffet and Bill Gates were hailed as the flag bearers of a new movement by the wealthiest Americans to remake global philanthropy by using their wealth to tackle pressing world problems. Since then, many billionaires have signed the pledge. Signatories give to a diverse range of issues including poverty alleviation, refugee aid, disaster relief, global health, education, women and girls’ empowerment, medical research, arts and culture, criminal justice reform, and environmental sustainability.

Jeff Bezos, the richest man according to Forbes, is not one of the signatories. However, after the ‘Mackenzie Bezos signs The Giving Pledge’ news broke out, he took to Twitter to show support for his ex-wife. His tweet read, “MacKenzie is going to be amazing and thoughtful and effective at philanthropy, and I’m proud of her,” he said on Twitter. “Her letter is so beautiful. Go get ‘em MacKenzie.”

MacKenzie’s commitment comes at a time when liberals are questioning billionaires such as Jeff Bezos’ integrity and responsibility. Tech companies like Amazon often face severe backlash from the general public and officials for being anti-competitive and selfish. Jeff Bezos often faces criticism for not using his power and reach to address issues. However, after becoming the world’s richest man last year, Bezos announced a donation of $2 billion to early education and early-homelessness programs. This move, no matter how heavy with billions, seemed to be more PR driven rather than an earnest effort to give back to the community.

The Giving Pledge does not legally bind any signers to their commitment. In a way, it is only an official pledge that billionaires like MacKenzie Bezos make.

Christy Gren
Christy Gren is an Industry Specialist Reporter at Industry Leaders Magazine she enjoys writing about Unicorns, Silicon Valley, Startups, Business Leaders and Innovators. Her articles provide an insight about the Power Players in the field of Technology, Auto, Manufacturing, and F&B.
« Meiji’s Bean-to-Bar Concept makes “The Chocolate” a massive hit
Ferrari’s Hybrid Supercar F173 Is A New Class Among All Models »
Leave a Comment
Close