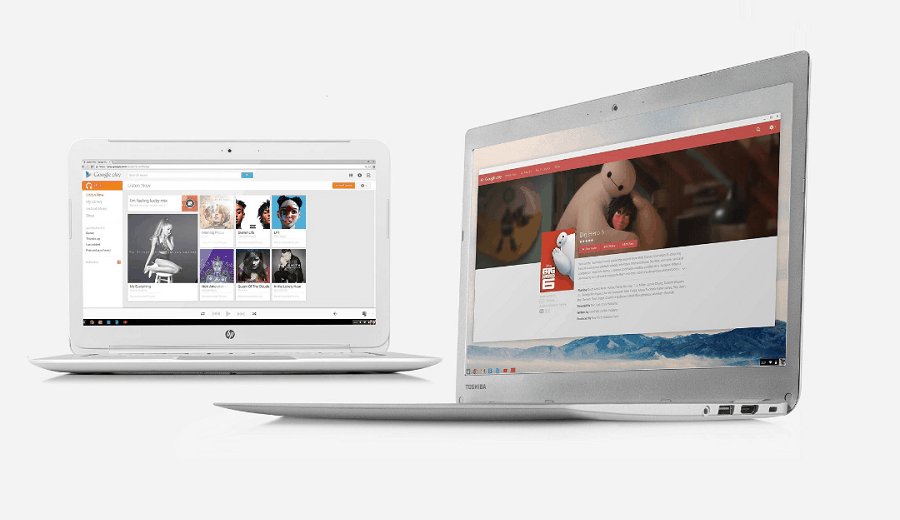 Two years ago, people didn’t know anything about Google’s PC operating system, Chrome OS. Yet at the same time, six out of top 14 best sellers on Amazon.com were Google Chromebooks. Today, the market impact is finally clear: Global market intelligence firm, IDC noted that Chromebook sales take off, while MacBook sales falter for the first time in the U.S.

In other words, whatever one’s personal opinion about Apple products’ quality and sustainability, the rapid rise of Chrome from a bagatelle to best seller is undeniable. While the research firm didn’t break out Windows vs. Chromebook sales, IDC analyst Linn Huang revealed that “Chrome OS overtook Mac OS in the US in terms of shipments for the first time in 1Q16,” says Huang. “Chromebooks are still largely a US K-12 story.”

IDC estimates Apple’s Mac shipments in the US to be somewhere near 1.76 million in the latest quarter. This means that Dell, HP, and Lenovo sold around 2 million Chromebooks in Q1 combined. This is because more and more schools in the U.S are throwing out Microsoft and Apple products for Google’s low-cost laptops. Data from market research firms like Garter and IDC focuses on why Google wins in the U.S.

At a time when PC shipments all over the world are seeing a steep decline, Google is beating Microsoft as an unprecedented pace. IDC predicts a ‘modest rebound’ in the coming months, as more and more IT buyers opt for Chromebooks over Windows, thanks to Microsoft’s heavy-handed Windows 10 tactics. This said Chromebooks are set to challenge Microsoft’s dominance over the low-cost laptop market worldwide in the coming months. And, with the Google bringing Android apps to Chrome OS to lure more consumers, its laptop sales continue to grow.

It all comes down to simplicity. Over the years, Mac and Windows have proven too complicated for users. There’s a whole lot to deal with – viruses, updates, and configurations. It starts soon as you unpack the system from the box. Just set up can take up to 30 minutes. Meanwhile, Chromebooks are fully set up in less than 30 seconds. After initial setup, users can boot in about 10 seconds. Life with a Chromebook is pretty simple – it never needs maintenance, it never breaks down, unless of course, it’s old and beaten up after years of usage.

Christy Gren
Christy Gren is an Industry Specialist Reporter at Industry Leaders Magazine she enjoys writing about Unicorns, Silicon Valley, Startups, Business Leaders and Innovators. Her articles provide an insight about the Power Players in the field of Technology, Auto, Manufacturing, and F&B.
« LIVE: Google I/O 2016 Announcements and Launches
All of the Google Play Awards Winners »
Leave a Comment
Close