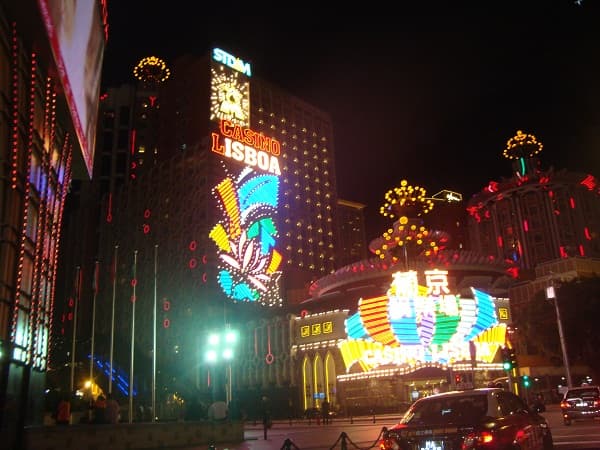 Macau - the capital of gambling

According to compiled data released by Macau’s Gaming Inspection and Coordination Bureau, total revenue in the month of September was 23.87 billion patacas, or $2.99 billion, compared with MOP21.24 billion in the same month last year. The Macau’s Gaming Inspection and Coordination Bureau’ statement showed that the growth rate was higher than August’s 5.5 percent year-on-year rise. The growth, however, was below analysts’ expectations of a 20 percent rise. Some experts had estimated the growth of 15 percent to 17 percent, ahead of a national holiday week which started on the 1st of October. In addition, in the first nine months of the year, revenue jumped approximately 15 percent from the same period last year, to MOP223.3 billion.

The pace of growth in Macau gambling revenue has slowed down in 2012 due to a high base of comparison in 2011, when gambling revenue saw a growth of approximately 42 percent. As it was stated above, August’ revenue grew 5.5 percent. The gambling revenue in July rose only 1.5 percent and it was the slowest pace since 2009, when Macau was hit by typhoon and spending cuts of high-stake gamblers.

In addition, casino companies’ shares fell after data, which was below the 15 percent to 20 percent increase estimated by Bank of America Merrill Lunch and the 19 percent growth predicted by Citigroup Inc., was published.  For example, Sands China Ltd., which is the Asian unit of Sheldon Adelson’s Las Vegas firm, dropped nearly 3.2 percent, to HK$27.50, Wynn Macau Ltd. dropped as much as 1.2 percent, while SJM Holdings Ltd. shares fell about 0.7 percent.

Certainly, the Chinese economic slowdown as well as increased political scrutiny due to ongoing leadership change have affected the Macau gambling revenue as mainland’s big-spending billionaire – gamblers are not so keen on betting in the former Portuguese colony. Macau gambling revenue growth has substantially decreased in the past five months.

Macau – the capital of gambling

Macau, which is the former Portuguese colony, is the only place in China where the gambling is legal. Casinos in Macau can be easily reached by taking a ferry from Hong Kong, this gambling trip will not take more than an hour. And Macau is the capital of gambling as only last year it earned over five times the gambling revenue of the Las Vegas Strip.

Due to the gambling business Macau’s economy is one of the fastest growing in the world, yet it relies strongly on the gambling industry and everything which is connected with it. However there is a visibly negative trend in visitors entries as data showed that August registered 0.6 lower visitation year-on-year. The dissatisfactory gambling revenue and fewer visitors mean only one thing , namely, that existing casinos in Macau, including  Wynn Macau, MGMChina and Sands China, will compete with each other in even much more aggressive ways.

Anna Domanska
Anna Domanska is an Industry Leaders Magazine author possessing wide-range of knowledge for Business News. She is an avid reader and writer of Business and CEO Magazines and a rigorous follower of Business Leaders.
« Profitable printers of HP all set to buy time for Whitman
ECB Puts a Hold on the Rates of Interest »
Leave a Comment
Close