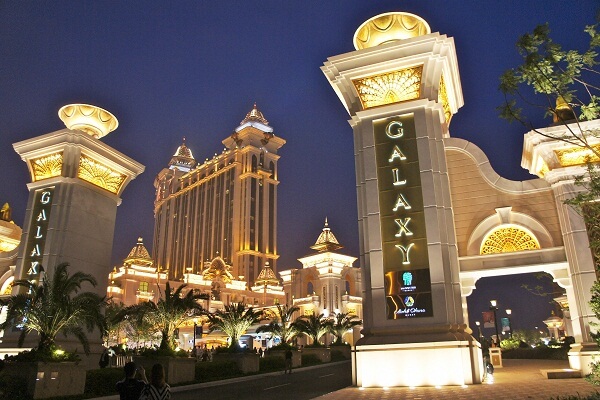 On the 2nd of January, official data showed that Macau saw gambling revenue increase approximately 14 percent to about $38 billion in 2012. The figures also indicated that Macau casino revenue jumped as much as 20 percent in December, surprisingly topping analysts’ estimates. The results support the Macau’s title of the world’s biggest gambling market.

Even though the rate of growth in Macau slowed down from 2011, the Macau’s Gaming Inspection and Coordination Bureau informed that casino revenue climbed approximately 14 percent to $38 billion in 2012. In 2011, full-year casino revenue jumped as much as 42 percent to over $33 billion. Despite the fact that the China’s economy slowed down in 2012 and affluent Chinese gamblers tried to refrain from gambling, the 2012 Macau casino revenue hit a record, thereby reinforcing the Macau’s position as the biggest gambling market.

In addition, data on Macau gambling revenue in for December was even more optimistic as it showed that it grew toughly 19.6 percent, topping analysts’ estimates of 16 percent to 18 percent. According to the findings issued by the Macau’s Gaming Inspection and Coordination Bureau, the December’s casino revenue of over $3,5 billion was the strongest one.

Analysts underline that increases in Macau gambling revenue in 2012 were mainly driven by higher spending of China’s middle class. On the other hand, Macau casinos saw a significant drop in VIP growth as wealthy high-rolling mainland Chinese visitors refrained from gambling. Yet, data on visitor arrivals in Macau was more or less optimistic, indicating that it increased approximately 0.5 percent to over 25.5 million in the period between January and November.

And what is interesting is that casino operators, including Las Vegas Sands Corp., Wynn Resorts Ltd., Melco Crown Entertainment Ltd., MGM Resorts International, are not discouraged by current economic trends. Some of these casino operators decided to expand in Macau. For example, MGM Resorts International informed that it would build a $2.5 billion casino resort in Macau, the company has already obtained the approval. In addition, Sands Corp. also plans to build another casino resort.

2013 forecasts for the gambling industry in Macau

Despite encouraging Macau casino revenue for 2012 and the surprising growth in Macau gambling revenue in December, analysts are cautious while projecting revenue for 2013. They underline that a new anti-smoking regulation, which is due to come into force in 2013, and tighter scrutiny over the VIP market, will probably create more challenging environment for casino operators. Analysts forecast that revenue growth for 2013 will be ranging from approximately 5 percent to roughly 10 percent, underlining that the China’s government does not want China’s GDP to fall behind the Macau’s growth.

However, there are visible signs that authorities want to diversify Macau with more leisure offerings as they aim to lure a wider range of tourists. Yet it is undeniable that “Macau is the Las Vegas of Asia,” as was once said by Ted O’Connor. The position of gambling in the Macau’s economy is unquestionable and in the nearest future nothing will change it.

Anna Domanska
Anna Domanska is an Industry Leaders Magazine author possessing wide-range of knowledge for Business News. She is an avid reader and writer of Business and CEO Magazines and a rigorous follower of Business Leaders.
« Netbook to fade away in 2013
Starbucks deepens its expansion in Asia as it opens store in Vietnam »
Leave a Comment
Close