The urban transportation war in the nation climbs on the top gear, as Lyft Inc. acquires North America’s largest bike-rental operator, Motivate International Inc. Both the companies announced on Monday about the “transformative agreement” that will place bike sharing in America on a road leading to innovation and growth.

There is no information on the financial aspect of the merger. Though few media reports earlier quoted that Motivate values around $250 million and Lyft will pay the same amount for the acquisition.

“Lyft and Motivate have both been committed for years to the same goal of reducing the need for personal car ownership by providing reliable and affordable ways to move around our cities,” said John Zimmer, Lyft Co-founder and President.

On the other side, America’s largest bike sharing company will continue heading its bike maintenance and servicing operations as an individual business unit under the same Motivate name. Meanwhile, it will also carry on servicing Lyft Bikes across North America.

Combining the customer base of Lyft and Motivate, the partnership is already catering tens of millions of riders every month.

Motivate Executive Chairman Steve Koch said, “Together, we believe that integrating our services in partnership with the public sector will transform the urban transportation landscape, increase bike ridership, and make our cities better.” 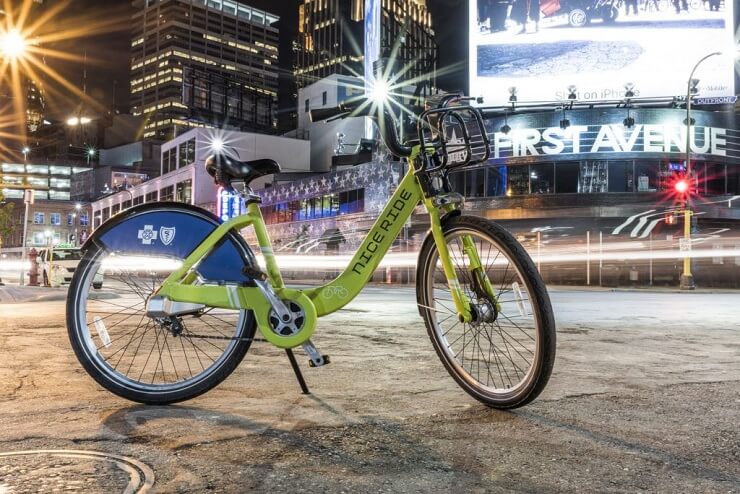 Motivate reported that 80 percent of the bike sharing trips in the US were on Motivate-operated systems during 2017. Source: Motivate

Motivate reported that 80 percent of the bike sharing trips in the US were on Motivate-operated systems during 2017. The process of integrating bike share to public transit network and the potential to board more Americans on this green urban transportation option is crystal clear.

“How we get around cities is changing rapidly, and the combination of Lyft and Motivate will bring tremendous new resources and energy to making sure that bike share plays a fundamental role in the new urban mobility,” Koch added.

Uber and Lyft are investing in a new mode of the transportation system which will cannibalize their own market of ride-hailing service. But the investment makes sense considering their commitment to less congested roads and a more sustainable world. Additionally, both the companies need to keep customers stick to their services when booking a cab is not at all required, for instance, traveling from nearby stop to home, reports The New York Times.

Both Uber and Lyft are fiercely competing to grab a bigger bite whenever a customer opens up their respective apps. Along with managing ride-hailing and bike sharing businesses, Uber and Lyft also announced to apply for the permit to operate scooter service in San Francisco recently.