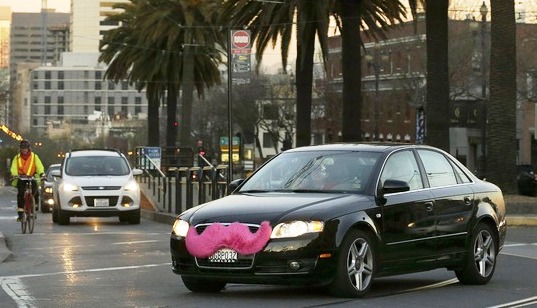 Ride-sharing company Lyft announced late Monday that it has acquired Hitch, a small San Francisco startup to accelerate its recently launched carpool service. Terms of the deal were not immediately disclosed.

Since early June, Hitch has been providing carpooling service to passengers. That was before Lyft, Uber, and SideCar all announced they were debuting with a carpooling option. Similar to UberPool, LyftLine and SideCar’s Shared Rides, Hitch’s app would connect multiple passengers travelling along similar routes, yielding a fairly cheap price for the ride. The app will also show some Facebook information about fellow passengers, like mutual friends and shared “likes.”

With the acquisition, Hitch will be incorporated into Lyft’s platform and its cofounders, Snir Koesh and Noam Szpiro will join Lyft. Hitch’s service will close down Tuesday.

“Similar to Lyft, Hitch has always believed the shared rides experience is inherently social, and we’re excited that they’re joining the team to accelerate this movement together,” Lyft wrote in a blog post.

Before creating Hitch, its founders created a ride aggregation service called Corral Rides. The app attempted to be a hub for three ride-sharing companies like Uber, Lyft, and SideCar, as well as public transportation times. However, it didn’t take too long before competing companies shut down access to their services.

This would be Lyft’s second acquisition towards its carpooling efforts. Earlier this year, the company acquired Rover, an app that can calculate public transportation options. Its car pooling service, Lyft Line is now an option in San Francisco and Los Angeles. Lyft said that passengers could roughly save about 30% to 40% off a ride with Lyft Line and up to 60% depending on the ride. The company raised nearly $250 million in funding earlier this year to expand into new markets and to take on Uber, which has been investing in its technology since a long time and has a lot more resources in terms of finance and drivers on the road.

However, the California Public Utilities Commission has its issues with the service. Earlier this month, the regulatory agency issued a warning to UberX operator Uber Technologies, Lyft and SideCar over their carpool features saying it’s illegal under California law to charge passengers a single fare when carrying multiple passengers in one vehicle. But all of the services continue.

“Lyft Line is in its early stages, and we’re only beginning to see what we can do with shared ride,” Lyft wrote. “We have seen incredible growth and demand for Lyft Line in San Francisco, and the Hitch team and technology will help us move even faster to bring shared rides to more people.”

Uber certainly seems to have taken over the majority of the market. According to FutureAdvisor, credit card customers spent nearly $26.2 million on 1.2 million Uber rides, while spending just $2.2 million on 170,000 Lyft rides.

US Federal Reserve is charging investors with inflationary pressures by putting up interest rates to create a response to the surging inflation.
4 hours ago

Changpeng Zhao, also known as CZ, is now the 11th richest person in the world with an estimated net worth of $96 billion.
5 hours ago

The stock was listed at $78 per share and later rose to $172.01 within five days. The Rivian IPO buoyed investor spirits and was the largest IPO in the US after 2014.
8 hours ago