Hyperloop One Expands Connectivity Across Europe

The megalopolis of the world has, for all its grand dame ambitions, lacked a futuristic hotel concept – until now. Brandon Siebrecht, a graduate architecture student at the University of Nevada, Las Vegas, has designed the “Hyperloop Hotel,” a hotel-meets-transportation-system designed to reduce travel anxiety. The design concept aims to combine the luxury of a hotel room with a high-speed rail system that could make traveling between U.S. cities faster and more comfortable. 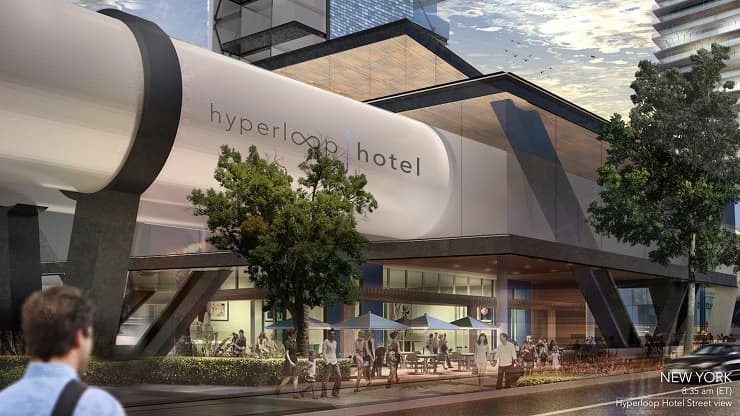 The concept images hotels in 13 different American cities all connected by the Hyperloop System. The cities are Austin, Boston, Chicago, Denver, Las Vegas, Los Angeles, Portland, Nashville, Sante Fe, and Washington D.C. Guests may travel and dock at one of the 13 hotel destinations across the United States. The entire experience may be managed via a customized app. 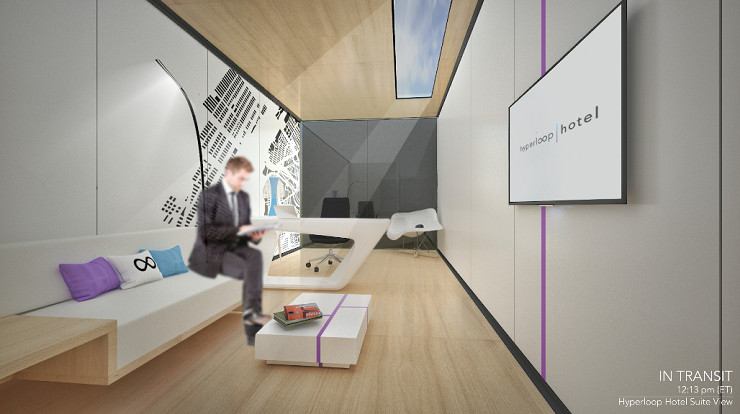 How much would it cost? One cam book a room in the Hyperloop Hotel for a flat fee of $1,200. Let’s not forget that it’s just a concept for now and would take a few years before it sees the light of the day. Nonetheless, it’s a unique way to travel around the city without actually going through the hassles of traveling. What do you say?

The innovative hotel-transit system uses a sustainable, modular design in the form of shipping containers that double as traveling guest suites. It repurposes shipping containers as suites that travel through the Hyperloop System. At the destination city, the suites could dock at a modular hotel. The design relies on the Hyperloop Network that could accommodate the suites. 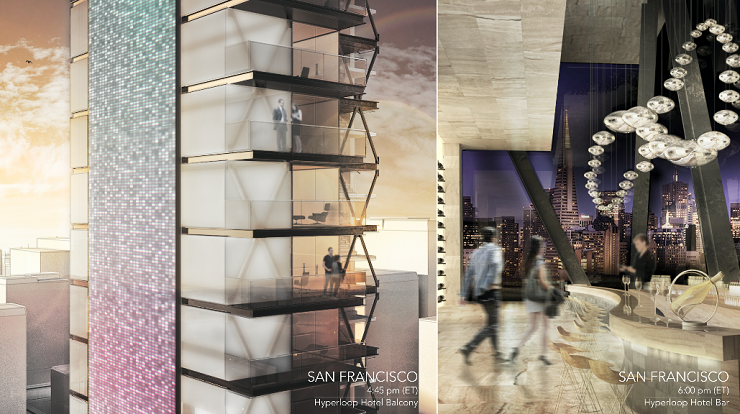 Siebrecht is the student winner of this year’s Radical Innovation Award, a competition for innovative hotel designs. A jury of seven hotel investors, developers, and architects out of over 65 submissions from 24 countries. The innovative Hyperloop Hotel concept was inspired by the startup Hyperloop One, which recently began construction of a full-scale test track in Nevada desert.

Hyperloop Hotel would cost between $8 million and $10 million. The unique concept will be showcased during an event in October, which is held to select the competition’s winner.

Anna Domanska
Anna Domanska is an Industry Leaders Magazine author possessing wide-range of knowledge for Business News. She is an avid reader and writer of Business and CEO Magazines and a rigorous follower of Business Leaders.
« Nestlé’s Fresh Investment in the Latest Funding Round of Freshly
Sorry Apple, You cannot buy Toshiba’s Chip-Unit »
Leave a Comment
Close

US Federal Reserve is charging investors with inflationary pressures by putting up interest rates to create a response to the surging inflation.
12 hours ago

Changpeng Zhao, also known as CZ, is now the 11th richest person in the world with an estimated net worth of $96 billion.
13 hours ago

The stock was listed at $78 per share and later rose to $172.01 within five days. The Rivian IPO buoyed investor spirits and was the largest IPO in the US after 2014.
16 hours ago