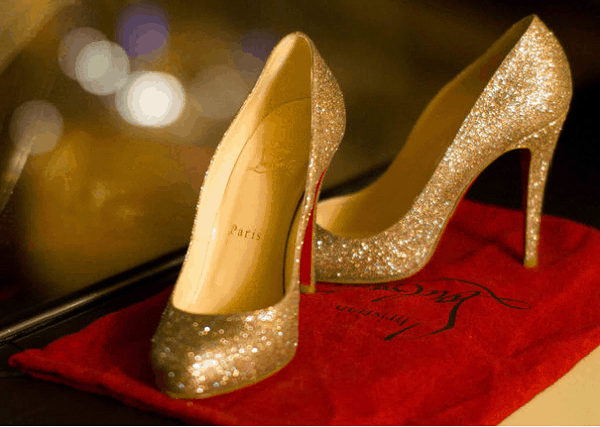 Christian Louboutin, the world-known French shoemaker, won a trademark protection for its women’s shoes with red soles and different colored tops. However federal appeals court in Manhattan also ruled that the company cannot trademark a design which is simply red. The court noted that the bright red soles on high-heeled shoes designed by Christian Louboutin are so distinctive that they deserve the trademark protection. The case Louboutin v. Yves Saint Laurent is said to have been one of high stakes in the high heels fashion world.

Christian Louboutin, one of the most known producers of exclusive shoes, had sought a preliminary injunction that would have prevented its rival Yves Saint Laurent America Inc. from selling all – red shoes that the French shoemaker  claimed were identical to some if its own models. U.S. District Judge Victor Marrero, however, in August 2011 rejected Christian Louboutin’s claim and said the French shoemaker would probably lose the trademark case against  Yves Saint Laurent America Inc.

Even though, Christian Louboutin did not give up a fight against its American competitor, Yves Saint Laurent. The luxury shoemaker, which has painted soles of its high heels a shade of “China Red” since 1992, decided to sue Yves Saint Laurent in April 2011 after the rival’s announcement of a new line of “monochrome” shoes for women. Paris-based Louboutin claimed that the use of lacquered red on shoe soles was its signature.

The 2nd U.S. Circuit Court of Appeals in New York reverse a lower’s court’s finding that a single color could not be trademarked in the fashion industry. Judges affirmed the lower court’s denial of the injection against Louboutin’s rival Yves Saint Laurent and sent the case back to the trial judge. In addition, the U.S. Appeals Court in Manhattan also ruled on Wednesday that Louboutin’s red sole is entitled to the limited trademark protection. The court’s rule extends only to a red lacquered outer sole that contrasts with the color of the rest of the shoe and not to shoes that are monochromatically red though.

As it was stated by U.S. Circuit Judge Jose Cabranes in court’s decision, “The district court’s conclusion that a single color can never serve as a trademark in the fashion industry was based on an incorrect understanding of the doctrine of aesthetic functionality. We conclude that the trademark, as thus modified, is entitled to trademark protection.”

Christian Louboutin has been selling his shoes with red sole since 1992; the luxury French shoemaker registered it as the trademark in the U.S. in 2008. Christian Louboutin’s shoes with red soles were featured, inter alia, in a TV series hit Sex and the City. It sells about 240,000 pairs each year in the United States, with revenues of about $135 million. A pair of Louboutin’s shoes usually costs from $US700 and $US1000; however there are models which are a lot more expensive than that.

Judge Jose Cabranes also cited in the court’s ruling that Yves Saint Laurent’s use of a red outer sole on monochromatic red shoes does not harm or infringe the rights and the trademark of Christian Louboutin. If Christian Louboutin had been granted broad rights for the color red, it would harm the competition in general, according to the judge. Yet the decision is said to be a kind of setback for the Yves Saint Laurent, which last year celebrated the Judge Victor Marrero’s ruling in August 2011.

Yet Yves Saint Laurent and other shoemakers can use red color on soles as long as the whole shoe is red. So monochromatic red shoes are the only option for those companies, which want to have red soles…