Every issue of Popular Science has either covered flying cars or artificial intelligence. No complaints there, everybody loves Popular Science! We’re not bored of our favorite magazine covering the same topic, since it was published first. It’s much better anyway than those sci-fi movies we watch in the movie hall where smug-faced actors are driving flying cars and dodging drones while we’re sitting glued to the seats wondering how a tub of popcorn could make us go bankrupt.

The Fifth Element, Back to the Future and Star Wars, they’ve all played with the idea of flying cars. Clearly, we aren’t there yet. But a group of ambitious MIT trained aerospace engineers and MBAs promise to deliver a flying car by 2015.


In the flying-car business since 2006, Terrafugia, is a Massachusetts-based company that delivered its first Transition Flying Car in 2013. Priced at $200,000-plus, this “roadable airplane” can convert itself from an airplane to a car, driving along the flight time and will go on sale in 2015.

The aim of the company is to make aviation a lot more fun, convenient and accessible. It is something we all want – partially- because everyone is bored of instagramming traffic from their cars these days. 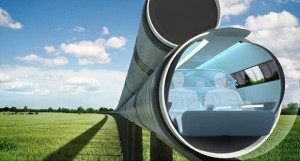 During a “wackadoodle” session with Bloomberg senior writer Brad Stone at the publication’s Next Big Thing Summit, Hiroyoshi Yoshiki, managing officer at the Toyota Motor Corp. hinted at a possibility of hover cars. The company’s researched and development lab has already started exploring ways to eliminate the friction of actual physical contact of a vehicle with the road.

Elon Musk, the most talked about these days for his philanthropic ways, told Britain’s Independent that flying cars were not out of question. It’s not just flying cars that Elon Musk envisioned. Musk identifies “Hyperloop” as the next big thing in transportation – shooting commuters from city to city in partially depressurized tubes, a system that could arguably cost the U.S. around $6 to 10 billion.

Back to the company that first dreamt of flying car, Terrafugia also unveiled plans for a new flying car, the TF-X. A high end luxury car which will also be autonomous, simply tell the car where to go and it relax for the rest of the drive or maybe enjoy the view, say hello to the birds! And if you prefer to flex a few muscles to man the helm in-flight, you can steer it like a car though the air. Terrafugia aims to introduce a simple system in which any driver can learn to control the vehicle in less than five hours.

Here’s what we know. Flying cars are on the way. It’s turning into a serious business for automotive companies. If not 2015, we know for sure that it would be another 8-10 years some of these prototypes make their first commercial flight.

What we demand next is a hoverboard!

Ahwatukee inventor Jim Pitts, has already built a prototype – a cross between a longboard and a hovercraft and weights about 50 pounds. It can hover anywhere from a half inch to 2 inches off the ground and move at speeds of about 10 miles per hour. Pitts has pledged to reach $22,000 has reached nearly received $3,000 from nine enthusiasts on Kickstarter. He aims to continue R&D and fund the manufacturing. When asked how much will one of his HoverSkater’s cost. Pitts estimates the hoverboard will be put on the market for $1,500. You’ll have to wait until December to get your hands on his HoverSkaters.