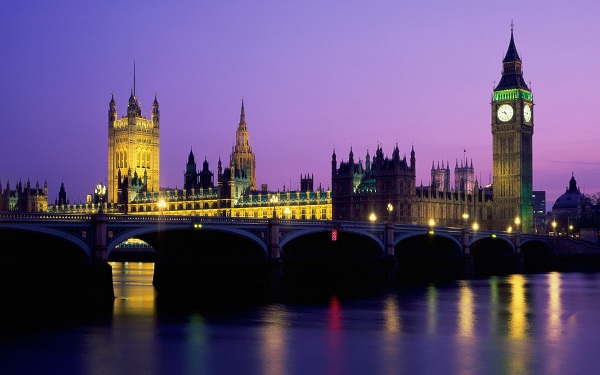 “By seeing London, I have seen as much of life as the world can show.”
Samuel Johnson

Back in the nineteenth century, Benjamin Disraeli, once the UK Prime Minister, said: “London is a modern Babylon.” Time passed, yet the Prime Minister’s allegation is still up to date. Once you visit London, you will not only feel that it is full of tourists from all around the globe as it is full of historic and cultural heritage but you will inhale the air sated with the international business and  unlimited possibilities.

In fact, it is no exaggeration to say that London is the center of the British financial life and one of the world’s foremost international financial centers as well. London has, undoubtedly, profound importance for the UK’s economy as the city’s GDP is larger than GDP of smaller countries. All these above along with the city’s luring attractiveness make London also the leading location for European headquarters. Some underline that cultural diversity and human capital are the foundation of the competitive advantage over other cities, thus making London the better business destination.

Without a doubt, so-called “The City”, which is a site located on eastern side of central London, is a proof that the UK capital is the better business destination as you can find there endless banks, insurance companies and other business services. But all these services can be found throughout London.

But what makes London the better business destination? What is so special and alluring in the capital of the UK that companies are keen on running businesses or  just being there?

Even though the center of inertia is moving from the West to the East, London and other Western cities are still better business destinations. Some companies even think that London itself is the best place in the world to set up the headquarters, affiliates, etc. Certainly London is included in the selective group of cities which are said to be better business destinations. Boris Johnson, the Mayor of London, noted the solid position of the city adding: “Despite the current challenging economic climate, London remains a resilient and strong base for businesses of all sectors to operate in, and quite simply, the best big city on earth.”

But London is one of the favorite better business destinations because it has stable legal system which will enable you to get licenses and deal with government offices easily and it glories in the quality of human resources so one will not have a problem with finding the right individual for jobs. In addition, factors such as availability of transport infrastructure, favorable time zones, excellent facilities and easy access to markets make London a city attractive for business in general and make the business successful. All of aforementioned factors mean and lead to one important thing, namely, opportunities. Without opportunities, success is not possible. The strategic localization, which means easy access to the local and international market, will just get your business on the right track.

Therefore it is not surprising that London has been enlisted in numerous rankings of the best business cities in Europe and in the world. And despite the fact that Europe is currently more open, London still remains attractive for companies which are looking for a place to locate their companies. According to several surveys, many companies are still interested in setting up or expanding their businesses in London in spite of the ongoing financial crisis. That shows the strong position which the capital of the UK has and confirms that it is the better business destination. James Close, Government Services partner at Ernst & Young, noted without hesitation: “Whether they have always been part of the fabric of the city or a global company that has set up here from abroad – perceptions of London elsewhere are clearly high.”

As it has been already mentioned, London is home to many companies from all over the world. According to several studies, over half of the UK’s top 100 listed services and more than 100 of Europe’s 500 largest enterprises have chosen London as the place to run business as the city offers an easy access to markets and customers, quality human resources, strong and developed telecommunications and communication infrastructure. Above factors are decisive while making decision to locate or relocate businesses.

The service sector in London has started accelerating in the 1980s when a decrease in production and manufacturing jobs started. Still, in London there can be found modern product-based manufacturing-specialist and high-tech companies. In addition, there is a visible trend showing that fast-growing companies from emerging markets such as China and India choose London as a place to establish their headquarters. Certainly, the easiness of setting up the business and maximum return on investment give London an edge against other rival cities in the Old Continent. London as the better business destination is the Europe’s easiest city to do business in.

Authorities know that the position of London may be maintained only if investments are to be continued, thus billions of pounds are being invested in many areas including infrastructure and telecommunications. Companies want to do business in a city which is modern and goes with the times.

Companies also choose London as the better business destination has historical relationships with the US and Asia as well. The English language, relatively low taxation, the deregulated economy, etc. contribute to a business friendly environment that is so alluring and tempting for international companies. Doing business in London is a dream comes true for many companies as the better business destination is a city where everything is possible. Companies are convinced that London might be the beginning of something big for them.

London in the Future

As competition gets fiercer, London has to prepare itself to remain attractive for companies, to remain the better business destination. The world is changing; the center of political and economic gravity is moving from the West to the East, London has to gear up for the coming changes. India and China, these two Asian countries are to dominate the world in the near future. In fact, India and China are to dominate as sources and recipients of foreign direct investment (FDI).  If London wants to remain the better business destination and the investment location, it needs to adjust to new conditions. It simply has to continue to provide a stable and secure environment, quality human resources, and invest in infrastructure and innovation. Vanessa Rossi, senior research fellow at Chatham House, stressed the importance of all advantages of the UK capital, noting: “Access to specialist business clusters, a skilled workforce and new technology will attract innovative international companies to London.” If London as the better business destination wants to remain significant in the future, it has to build an environment which will be favorable for global innovation process, international alliances, corporate innovation strategies, etc.

London has its magic. And certainly will not give up easily and will continue to be in top places to do business. While interpreting one of the rankings, Boris Johnson stressed: ”I want London to be the best big city in the world in which to live, work and invest and I am delighted that my fellow mayors already put us in the top three. (…) And we are always willing to learn. I admire both the Olympic legacy of Barcelona and the sustainability achievements of Copenhagen, and I will be seeking shamelessly to copy and then improve upon their success.” With the willingness to learn and improve, London can achieve anything.

Anna Domanska
Anna Domanska is an Industry Leaders Magazine author possessing wide-range of knowledge for Business News. She is an avid reader and writer of Business and CEO Magazines and a rigorous follower of Business Leaders.
« Natural death of Sundance takeover?
South Korea cuts its growth forecast as it plans stimulus »
Leave a Comment
Close