Depop, the London-based social shopping startup that offers millennials and generation Z an online marketplace to sell second-hand fashion, has raised almost $62 to expand its services in the US.

The Instagram-like Depop app allows users to follow their favorite custom clothing makers and vintage fashion sellers, and scroll through their photos to find items they may want to buy. It includes features that enable users to follow, like and message each other to secure deals or attract buyers by showing off collections.

The peer-to-peer shopping app is mostly used by Generation Z and millennials, with over 90% of the app users below the age of 26. According to Depop, over 30% of young UK residents between the ages of 16 and 24 have used its app.

Depop app already has 13 million global users and users on the platform have made over $570m worth of sales since 2011, when it was founded Depop’s cut for every sale was 10%, suggesting the company has made around $50m in total revenue. 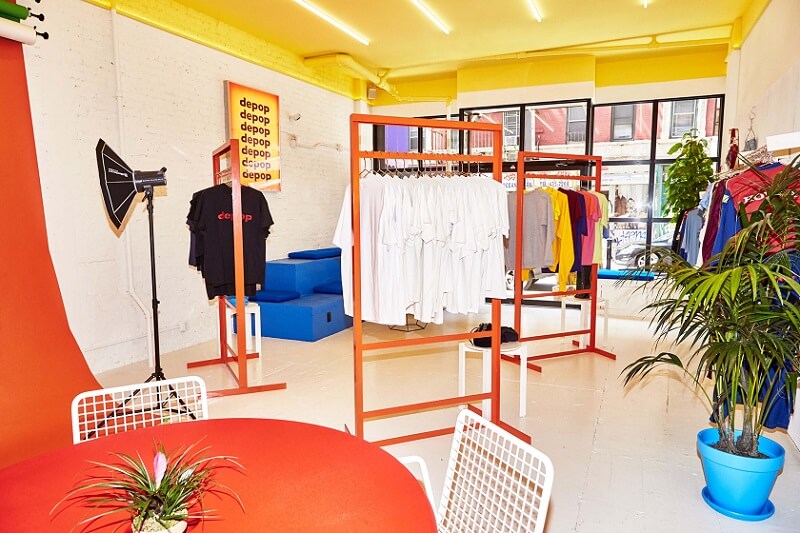 Depop is beating odds in the US

Depop has recorded strong organic growth in the US which will soon become the company’s largest market. Depop has doubled its sales in the US since January 2018 and launched physical stores in Los Angeles and New York. Based on daily active users, Depop is currently one of the top 20 most popular shopping apps in the US. The Depop community is expected to reach 15 million US users by 2022, from its current 5 million users.

The new fund from Series C round was led by General Atlantic, as well as previous investors like HV Holtzbrinck, Octopus Ventures, Balderton Capital, and TempoCap.

While competitors like Etsy and eBay are championing sales of second-hand goods, Depop – the latest app to embrace reselling theme – is focusing on the younger generation’s love for fashion by prioritizing the app’s social features as much as the buying and selling.

Experts suggest that the home entrepreneurs’ market could reach $50 billion by 2024, despite McKinsey’s report last year suggesting that the death of fast-fashion was nearby following a growing market from younger users for resold clothes.

“Social shopping, independent brands, and resale are gaining popularity around the world, but particularly in the US where Generation Z will be the largest consumer group by 2020, said Depop CEO Maria Raga. “This latest investment will enable us to scale further and faster.”

Melis Kahya, principal at General Atlantic, said Depop’s organic growth is a demonstration of its impact on the fashion market. “Technology continues to transform the retail landscape around the world and we are incredibly excited to be investing in Depop as it looks to capture the huge opportunity ahead of it,” she added.

Christy Gren
Christy Gren is an Industry Specialist Reporter at Industry Leaders Magazine she enjoys writing about Unicorns, Silicon Valley, Startups, Business Leaders and Innovators. Her articles provide an insight about the Power Players in the field of Technology, Auto, Manufacturing, and F&B.
« Why Many Successful People Wear the Same Outfit Everyday?
United Technologies and Raytheon are on the Verge of Creating the Biggest Aerospace and Defense Merger »
Leave a Comment
Close

Two tweets were posted using NFT artist Beeple’s account. The first one promoted an exclusive collection with Louis Vuitton. The second tweet announced that Beeple would soon rel
9 hours ago

Microsoft’s corporate vice president of mixed reality, Jessica Hawk, recently told CNBC that the metaverse will change how people function across a variety of devices and platfor
11 hours ago