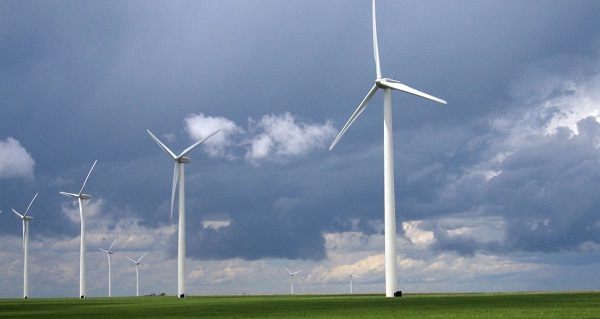 The end of era of onshore wind farms in the UK

A new guidance is indeed a revolutionary move of the UK government as the authorities aim to bolster onshore wind energy projects. But the new guidance, which will give local communities of England a voice and power to block these onshore initiatives, might lead to the end of onshore wind farm era. Even though the government will try to sweeten the possibility of a window with view of wind turbines with money, residents might be not in favor of wind farms as these facilities often roil outstanding landscapes and disrupt peaceful lives.

On the 6th of June, the UK government is to officially announce new planning guidance which will certainly bring revolutionary changes in the segment of wind farms. It may come as no surprise that analysts cannot agree whether these changes will have positive or negative effects on this segment of renewable energy sector.

According to the new planning guidance which is to be announced on the 6th of June, residents will have a significant voice when it comes to deciding whether to give the green light to an onshore wind farm project or not. Therefore analysts note that it is a momentous change in onshore wind energy policy of the UK government. To encourage local communities to be more positive about these renewable energy facilities, the British authorities have decided to increase compensations to communities which would host wind farms. Undeniably, a five-fold increase in the community benefit payments might be a tidbit for many communities. However, some analysts underline that this increase might also lead to the situation when many projects become uneconomic, thereby leading to a decline in construction of onshore wind farms.

According to RenewableUK’s estimates, communities will received staggering £150 million over the next two decades from projects which have not entered the construction phase yet. A payment, which would stand at average £100,000 per year from a midsize onshore facility, might be used in different ways starting with reimbursing eco-friendly programs and ending with backing other local developments.

Commenting on the new guidance, Edward Davey, who serves as Energy Secretary, underlined: “It is important that onshore wind is developed in a way that is truly sustainable – economically, environmentally and socially – and today’s announcement will ensure that communities see the windfall from hosting developments near to them, not just the wind farm”. But the fact is that this revolutionary guidance will give local communities a better negotiating position while in talks with councils.

The end of wind farm era

However, there are also those analysts who speak against the new guidance as they believe that locals will lead to the end of wind farm era in the UK. They argue that high payments are not the most efficient way of luring local communities and encouraging them to be more positive about hosting wind farms and their wind turbines. Moreover, they are convinced that these higher payments will make projects uneconomic. Thus many projects might not even be initiated, leading to the end of wind farm era.

The fact is that the UK government has already noticed an alarming trend in the wind farm segment as licenses for these facilities in England have slumped significantly, adding to signs that the end of onshore wind farms is slowly knocking at the door.

Anna Domanska
Anna Domanska is an Industry Leaders Magazine author possessing wide-range of knowledge for Business News. She is an avid reader and writer of Business and CEO Magazines and a rigorous follower of Business Leaders.
« IBM acquires SoftLayer as it aims to stabilize its cloud portfolio
US household wealth advances hitting a record level »
Leave a Comment
Close