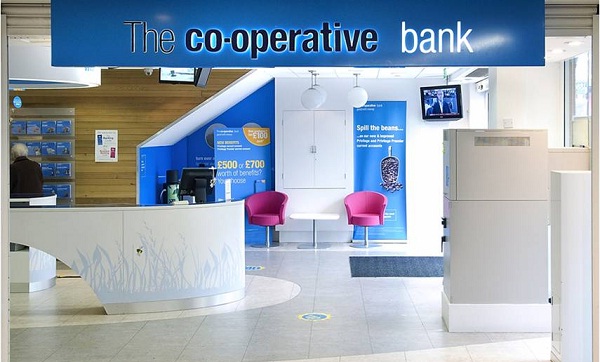 Verde Deal Details and Reasons for it to collapse

The Co-operative Bank, which currently owns one bank branch and three outlets in Scotland, came forward in December 2011 to bid £ 750 million for part of a business owned by Lloyds Banking Group. It entered into a Memorandum of Understanding with “Lloyds Banking Group” to complete the purchase by November 2013.

“Lloyds Banking Group” had offered to sell to the successful bidder the portfolio popularly called in investment circles as “Verde” that included the banking entity “Lloyds TSB Scotland” with its 185 branches in addition to four other branches which operated under the Cheltenham & Gloucester banner. If this deal had successfully gone through, the Co-operative Bank would have emerged as country’s third-biggest branch network behind Lloyds Banking Group & Royal Bank of Scotland.

Co-operative Group’s chief executive Peter Marks in a press statement explained the rationale behind their decision to pull out of the deal with “Lloyds Banking Group.” citing the changed economic environment from the time they had entered into negotiations with “Lloyds Banking Group” in December 2011, worsening outlook for growth in the medium term for Europe and the increasing regulatory requirements on the financial services sector that might potentially prevent them from delivering a suitable return for their members within a reasonable timeframe.

Lloyds Banking Group, which invested more than one year into this failed deal not to mention around £500 million in the run up to this disinvestment, is taking this decision of the Co-operative Bank on its chin and has decided to bring to the front burner it’s fall back plan of hiving of Lloyds TSB Scotland holdings and other identified entities into a standalone financial institution to be newly named “TSB” and float it in the stock market via the IPO vehicle.

The newly minted “TSB” would boast of 632 branches across the UK and would be guided by a new management team & board members. It would be fully debt free, fully financed by its £25 billion balance sheet and would not be hampered by the financial burdens of its parent “Lloyds Banking Group”.

As per Lloyds Banking Group internal estimations, the new entity “TSB” would attract around £1.5 billion via equity when the IPO is offered between now and late 2014.

In order to meet this commitment given by Lloyds Banking Group to the European Commission as well as for the government to recover its investment in the bank via the stake sale, it is imperative that over the next few months all the key stakeholders involved i.e., Lloyds Banking Group, the regulatory bodies , government, employees of the entities, would get rid of shares that are slated to be sold. More important, the bank’s customers and depositors should work in tandem to make sure that the proposed IPO of the new entity under the brand “TSB” becomes a grand success.

Citizens Financial Group, Inc. and Investors Bancorp announced today that they have entered into a definitive agreement and plan of merger in a cash-and-stock deal worth $3.5 billi
22 hours ago

Apple Q3 earnings prove the Cupertino giant remains unaffected by the Covid-19 pandemic as sales rise across all product lines.
24 hours ago