Living it UP: The Worlds Most Luxurious Penthouses 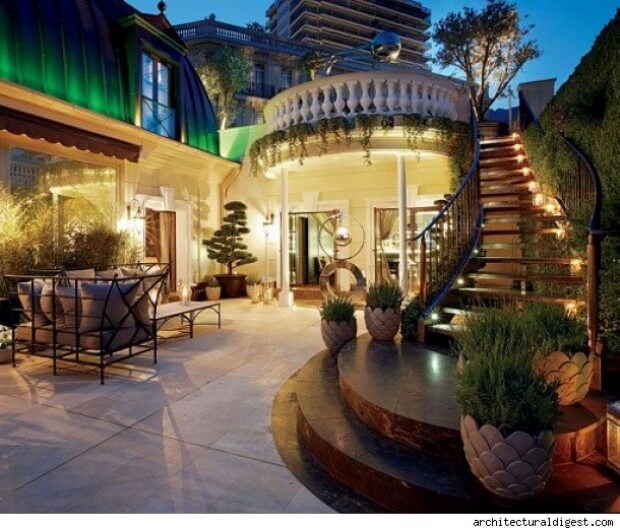 Earlier this year we featured the World’s Most Expensive Home, Antilla, Mumbai, which also figures as the world’s first-even billion-dollar home.

With dense urban living becoming more of a reality than ever before, the obvious next question is : which are the world’s most luxurious (read: expensive) penthouses and how much do they cost ? 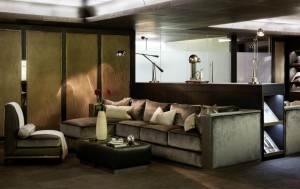 When an uber-posh six-bedroom penthouse atop One Hyde Park in London sold for £140 million (around $220 million) last august, it made headlines world over as the most expensive apartment ever: this too, at a time when the rest of London’s real estate market was witnessing a persistent low.

Just proves that the market for “trophy homes” can often buck the trend being indicated by the “average” real estate market.

However, the London penthouse got to keep its title for barely a month, with a three-bedroom penthouse in Monaco, called La Belle Epoque, getting sold for a record $308million in September.

The final deals for both the above apartments were done by the London-based real-estate developer duo Christian and Nicholas Candy.

Lets look at what these two properties have on offer that make them worth such steep prices.

Located smack-bang in the middle of the pricey European principality, Monte Carlo, La Belle Epoque was previously owned by Edmund Safra, the Lebanese billionaire banker whose mysterious death by a fire that massively damaged the apartment in 1999 attracted media interest world-wide. 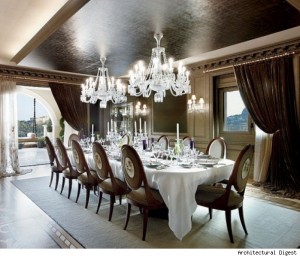 Safra’s 17,500-sq-.ft., duplex penthouse is surprisingly only a three-bedroom apartment ; surprising only because an over $300 million price tag, makes one expect more rooms.

However, what the apartment lacks in terms of physically separate rooms, it makes up for by the double-height library and vast roof gardens it boasts, not to mention an infinity pool, and mature 15-foot trees.

The apartment also features a panic room with reinforced glass and surveillance cameras, cinema screens which emerge from walls at the touch of a button, numerous walk-in wardrobes and dressing rooms, a leisure room with billiard tables and arcade video games, a Jacuzzi and spa, and a media room with special executive chairs which convert into beds

Acquired by British property developers Candy and Candy, who have in the last few years, fast come to being recognized as developers-cum-interior designers who often deal with luxurious properties, La Belle Epoque was reportedly bought by a member of Dubai’s royal family, the Al-Mahktoums.

The Candy brothers reportedly spent around $40 million in renovations after acquiring La Belle Epoque from Edmund Safra’s wife Lily Safra after the 1999 fire at a relatively cheap price.

Another brainchild of luxury property developers Christian and Nick Candy, the penthouse atop one of London’s most prestigious addresses stretches across two floors, neighbors the Mandarin Oriental hotel and overlooks the Serpentine.

Reportedly having been sold for £140 million by the Candy brothers, the One Hyde Park penthouse deal was a landmark signaling the return of global real estate interest to London.

Designed by Rogers Stirk Harbour + Partners, more widely recognized as the Richard Rogers brand, the penthouse at One Hyde Park makes the most of the landmark site occupied by the development, looking over the bustling Knightsbridge to its South, and the serene Hyde Park to its North. In addition to a very high level of customizable details, the apartment also features bullet proof windows, purified air systems and a “panic room”.

Priced at more than £6,000 per square foot, the two-floor penthouse apartment in One Hyde Park has floor-to-ceiling windows, its own car park and access to a host of spas and squash courts.

The stamp duty alone for this apartment, at 4%, amounted to almost £6 million !

Of the 86 apartments across the development, which start at £20 million each, more than 50% were contracted to be sold before the development was even completed. Estimates suggest that only 14% of the buyers of these apartments were from Britain, while 39% came from Russia and 25% from the Middle East.

While the identity of the owner of this piece of splendid living has not been made public for confidentiality purposes, speculation is that the penthouse was bought by a super-rich someone from the Russian / Arab part of the world.

BlackRocks’ exchange-traded fund crossed $3 trillion for the first time in May, in sync with the ETF industry’s race to an all-time high of $9 trillion.
6 hours ago