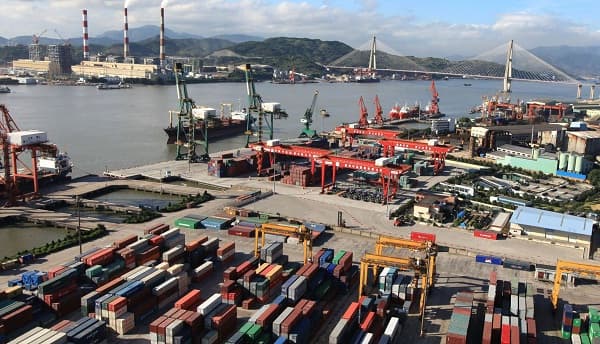 It seems that there is little sunshine over China as country’s trade growth substantially improved in April, topping analysts’ estimates. Indeed, China surprised with its figures on exports and imports as they climbed more than initially estimated. Recent data will certainly assuage some concerns over weakness in the economic recovery of China, but many questions and worries have not been resolved yet.

On the 8th of May, the General Administration of Customs issued its findings on country’s trade, indicating that China enjoyed stronger than expected trade growth in April. According to data released by the official institution, China saw its export climb astonishing 14.7 percent, beating analysts’ estimates ranging from 8.6 percent to 10.3 percent. Indeed, export growth was surprising, taking into account that the world’s second economy has been facing sluggish demand in its main trading partners, including the United States and the crisis-hit European Union. Furthermore, China witnessed 16.8 percent import growth in April.

According to the official estimates, a trade surplus amounted to nearly $18.2 billion in April, significantly beating market expectations of slightly over $15 billion. Interestingly, on a month-on-month basis, the country’s exports surged around 2.7 percent while imports dipped as much as 7.7 percent.

While some experts note that relatively strong export data might suggest that external demand has been recently strengthening, others underline that it is possible that exporters just marked up their results. The issue of the data accuracy is indeed loudly brought up by analysts who also underline that while figures on China’s exports suggest strengthening of external demand, results noted by South Korea and other economies from the region indicate that external demand is still weak, raising questions about the future economic growth.

Certainly, the recent results install optimism as some might even say that there is little sunshine over China after all. Just earlier in May, the China’s government had to face pessimistic figures on services and manufacturing sectors. Without a doubt, some analysts were flummoxed by the fact that services sector dipped sharply in April, raising questions about the economic recovery of China. But the situation was not even much better when it came to factory activity as the official institution informed that the China’s manufacturing PMI slumped to 50.6 in April.

The figures on China’s exports and imports do not change the fact that analysts are much concerned about growth of the Asian dragon’s economy which saw its GDP surge around 7.8 percent in 2012. But the Chinese think tank, the State Information Center, eases concerns revolving around the economic recovery, underlining that the country will enjoy growth of 8 percent in the second quarter ending June.