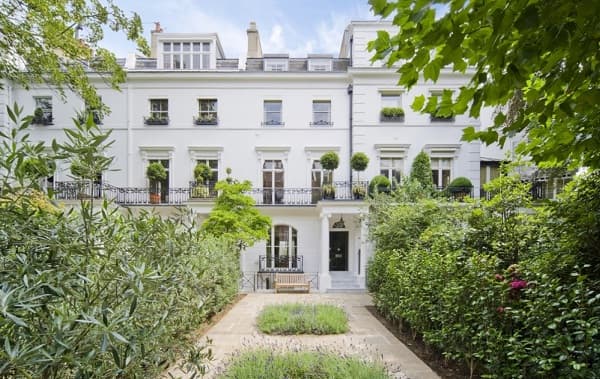 Egerton Crescent is the most expensive street in the U.K.

Even though the U.K. saw house prices drop for a sixth month in December, it has still true jewels which cannot be described as cheap and average at all. Lloyds TSB issued its annual list of most expensive streets in the U.K. Not surprisingly, London has once again outperformed other cities in the competition as all from the top ten are located in the capital of the U.K. According to the survey, residences located in Egerton Crescent, Kensington and Chelsea, London, are the costliest with the average house being valued at over £8 million. As a matter of fact, it was not London which dominated the list; it was the Royal Borough of Kensington and Chelsea which did it.

Egerton Crescent has been awarded the title of the most expensive street in the U.K.  with the median property value of approximately £8.1, or slightly over $13 million. But what makes it so special that people are likely to spend so much on properties located in the area? First of all, Egerton Crescent is located in south-west London. Second, from here it is close to the Victoria and Albert Museum, and if you prefer some more common pleasures you can just hit the shops of Knightsbridge. Third, Egerton Crescent is situated in the Royal Borough of Kensington and Chelsea which is one of the most luxury areas in the whole city indeed.

According to data,  a person paid as much as £12 million for a four-bedroom property in the street. The hefty sum is almost 75 times the average UK house price of approximately £160.900. As a matter of fact, properties in the Royal Borough usually cost even 10 times more than the average home in the U.K. and 5 times more than a house located in London.

Analysts note that prices in the  Royal Borough of Kensington and Chelsea are so high as the area has been recently very popular with foreign buyers. The growing interest in the area was caused by the search for investing safe haven after the outbreak of the European financial crisis. Nitesh Patel, an economist at Lloyds in London, underlined the attractiveness of the area, adding: “In recent years, its prime location in central London and classical architecture has attracted affluent celebrities and ultra-wealthy foreign businessmen, helping to drive up property prices.”

These days, residents of Egerton Crescent come from many parts of the world, inter alia, former Italian motorbike racer, the general manager of a Syrian bank and others.

The decline in house prices in December is certainly not a good sign for the British economy, not to mention that also some analysts are convinced that the decrease will extend into 2013. According to estimates, a drop in house prices in England and Wales is to accelerate, dashing hopes for the long-awaited economic recovery.  An estimate, which was released on the 24th of December, projected that house price would drop as much as 1 percent in 2013.

However the same survey underlined that London-based properties would continue to outperform the rest of England and Wales due to the growing interest of foreign investors. And even though the area is expected to be still interesting for the affluent overseas buyers, the interest will probably lose its fast growing rate as the government is to introduce a stamp duty of 7 percent for houses worth over £2 million.