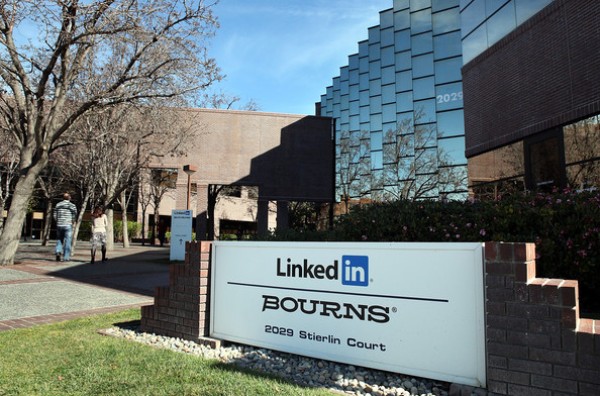 On Wednesday Networking site LinkedIn launched a new iPhone-only service called Intro, as a result of the latest LinkedIn integration with iOS Mail Messages. Intro delivers all of the details of the contacts to the user in a nifty interface, in a similar manner to other email tools like Rapportive. “We’d like to step out of the way and allow all of these nodes to connect such that they can maximize value,” LinkedIn CEO Jeff Weiner said at a press event Wednesday in San Francisco. Taking into a consideration the number of iPhone users who use LinkedIn, it was obviously a must for them to have LinkedIn for iPhone.

iPhone Intro service displays LinkedIn at the top of the screen and email at the bottom. In this way, a user receiving an email from unknown people can quickly see a picture of the sender, a few sentences about his/her background, and the senders contact information before the iPhone Intro service user decides whether to return the message. The information will be restricted to what the email senders already allow anyone to be seen on their LinkedIn accounts, unless the recipient has been granted a broader access through a connection on the service. This would be a basic description of LinkedIn latest integration with iOS mail messages.

The Intro feature works with Gmail, Yahoo Mail, AOL Mail and Apple’s iCloud when any of them are plugged into the iPhone’s built-in email app. LinkedIn has a plan to update the feature so it can also operate with Microsoft’s Outlook.com and Exchange email. Besides, it works on Apple’s iPad; however the feature isn’t customized for that device. LinkedIn will gradually release a version of Intro designed especially for the tablet format. Intro was imported by LinkedIn by acquiring a start-up called Rapportive, in February 2012, it’s a Gmail add-on that showed social media information about contacts within email. With Intro LinkedIn plans to make its network requisite on mobile devices as more people manage their personal and professional lives on smartphones and tablets. “Intro gives you everything you need to put faces to names, establish rapport, and be better at what you do,” said Rahul Vohra, the co-founder of Rapportive.

LinkedIn has seen the rapid growth on its mobile platform. In the first quarter of 2011, only 8% of members were logging in to LinkedIn from a mobile device. At present the number is at 38% with more than 120 profiles viewed on a mobile device every second. So, for many of them to have LinkedIn for iPhone sounds like great news and LinkedIn integration with iOS like a smart move.

Although LinkedIn’s latest offering might prove useful to some, but along with its execution comes the security concerns. Mainly a user’s email correspondence must percolate through two distinct servers. Intro fetches messages from a main account, like iCloud, scans and attaches the appropriate LinkedIn data, then forwards it to a user’s iPhone. In its Pledge of Privacy the company states that no information will be shared with outside parties and all private information will be kept confidential. LinkedIn users interested in the free service can visit the dedicated Intro website to initiate the registration process.

Savvy scammers used a fake event stream, a fake Apple website, and the promise of free bitcoin to lure fans into opening up their wallets.
7 hours ago