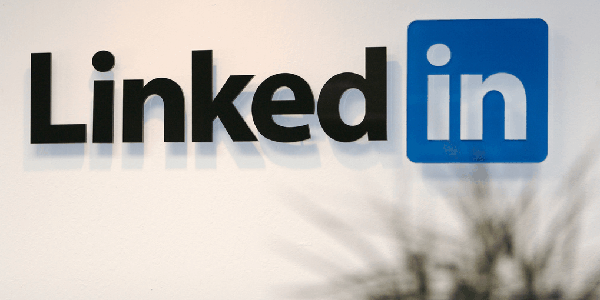 The professional social network LinkedIn has beaten all expectations and topped the revenue targets and profit margin for the third quarter according to reports from Wall Street. Not only have the advertising rates for LinkedIn Corp. grew but also sales of the company from hiring services almost doubled.

Rise of LinkedIn in the third quarter:

Shares of LinkedIn Corp. reached a gain of nearly 8 percent thereby reaching to about $115.15 on the 1st of November in the trading of the after-hours. The company maintains its extended streak of beating the expectations of the analysts for each and every quarter since the month of May in the year 2011 when the company made its initial offering to the public. The recent third-quarter profit of LinkedIn has been confirmed by Wall Street in its reports. According to Tom White, the analyst with Macquarie Research, LinkedIn is steadily remaining on the top. He has also added that the professional social network LinkedIn continues to penetrate with their business of talent solutions and has great upcoming opportunities in the field.

The offerings of LinkedIn:

The professional social network LinkedIn includes numerous opportunities for the professionals who are seeking new jobs and the employers who are looking for new employees by connecting them together. Shares of LinkedIn Corp. have also gone high by means of its ad selling business apart from the premium subscriptions. Their services also include specialized offers to the recruiters apart from the social networking services like some its arch rivals Facebook and Twitter. The company has raised its forecast for the revenue of the whole year that used to range between $915 million and 925 million to nearly around $939 million and $944 million. According to Jeff Weiner, the CEO of the company, the number of members has grown to about 187 million who are tending to spend more and more time on their website.

The profit of the company:

The third-quarter profit of LinkedIn was also a result of the fact that the views of its member pages grew by nearly 44 percent, which is quite highly in excess of the growth of unique visitors that is indicative of the fact that its members are increasingly becoming more and more active. The traffic to the home page of LinkedIn only grew by about 60 percent after a redesigning of the website was done in the third quarter only. The professional social network LinkedIn is incorporating new enhancements and features to their website so as to entice its users to spend longer hours on their website. The third-quarter profit of LinkedIn confirms that they have been quite successful in doing that as well. The marketing revenue of the company increased by about 60 percent year after year thereby reaching to $64 million in the third quarter itself as a result of a rise in the rates of advertising. In spite of the fact that shares of LinkedIn Corp. have gone down by about 15 percent since the middle of the month of September, they are still up by roughly about 70 percent for the year 2012.

US Federal Reserve is charging investors with inflationary pressures by putting up interest rates to create a response to the surging inflation.
3 hours ago

Changpeng Zhao, also known as CZ, is now the 11th richest person in the world with an estimated net worth of $96 billion.
4 hours ago

The stock was listed at $78 per share and later rose to $172.01 within five days. The Rivian IPO buoyed investor spirits and was the largest IPO in the US after 2014.
7 hours ago