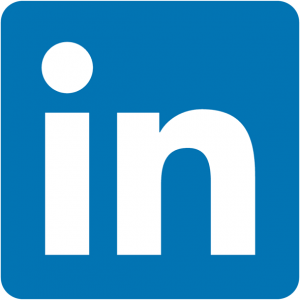 The deal is LinkedIn’s largest acquisition till date.

The career social network LinkedIn announced Thursday that it was acquiring lynda.com, a company that specializes in online professional training videos and tutorials in a cash-stock deal valued at $1.5 billion.

Founded in 1995, lynda.com has since emerged as a leader in professional training videos. The deal is LinkedIn’s largest acquisition till date and connects the 300-million members of the professional networking site with an educational group which offers one of the biggest online libraries of video tutorials in multiple languages, with courses ranging from web design to digital photography.

The Mountain View company said it will pay lynda.com with a combination of 52 % cash and 48% stock, subject to adjustment. The deal is expected to close sometime during the second quarter. In accordance with the deal most of the employees working for lynda.com will join LinkedIn.

With nearly $150 million in revenue in 2014, lynda.com has steadily grown into a profitable business. Around two-thirds of that profit came from individuals and one-third from corporations offering training to employees.

Jeff Weiner, chief executive of LinkedIn, said in a statement that the mission of the two companies is homogeneous and both LinkedIn and lynda.com look to help professionals be better at what they do. Weiner said lynda.com helps individuals build the necessary skills to boost their careers. When consolidated with the millions of members and several hundred jobs on LinkedIn, the online training company can alter the way in which people connect to opportunity.

LinkedIn content chief Ryan Roslansky said the deal provides a chance to professionals all over the world to advance their careers and realize their true potential through the learning and development of new skills.

California-based lynda.com has worked with professional educators to build a collection of more than 6,300 courses and nearly 270,000 instructional videos, for which subscribers pay $25 to $37.50 a month to access. The company offers French, Spanish and German language content under the video2brain brand name.

Headquartered in the Silicon Valley city of Mountain View, California, LinkedIn is currently available in more than 200 countries. In 2011, the US social network was the first major company to go public, raising some $350 million in initial public offering.

In 2014, LinkedIn rolled out a Chinese language version, trying to tap the enormous market while handling a strict censorship regime that has seen other foreign social media companies prohibited.

Christy Gren
Christy Gren is an Industry Specialist Reporter at Industry Leaders Magazine she enjoys writing about Unicorns, Silicon Valley, Startups, Business Leaders and Innovators. Her articles provide an insight about the Power Players in the field of Technology, Auto, Manufacturing, and F&B.
« Dell Launches Venue 10 7000 Tablet, Starts At $499
Google reportedly working on new and highly improved batteries that can last longer than regular batteries »
Leave a Comment
Close