The Q7 range in Audi belongs to the mid-size luxury cars which are crossover SUVs. This series are sharp and hulk-like crossover SUV series which are very unlike the Jeep kind. It is more subtle on the roads. ABT Sportsline is a Germany based motor racing, as well as an auto tuning company. Vossen wheels is another company which is into manufacturing and distributing high-end luxury wheels to car companies like Bently, BMW, Land Rover, Lexus, Mercedes etc. Both the companies joined hands to give shape to the Q7 series of the Audi, thus naming it ABT Audi Q7, which has looks that is unlike any Audi Q7 ever before.

It seems like these two brands have come together to create a piece of art. The ABT Audi Q7 is quite unlike its normal series. This is much bolder, aggressive and beastly in nature. Both, ABT and Vossen have made the Audi Q7 series highly visually appealing. These Vossen wheels are exclusively designed for this Q7 version. The wheels are 10×22-inch in size with the split five-spoke design rimes that are also seen the pictures that they have published. The wheels are thus signed by the Miami-based manufacturer who has been providing class and comfort to classy car-dealers. 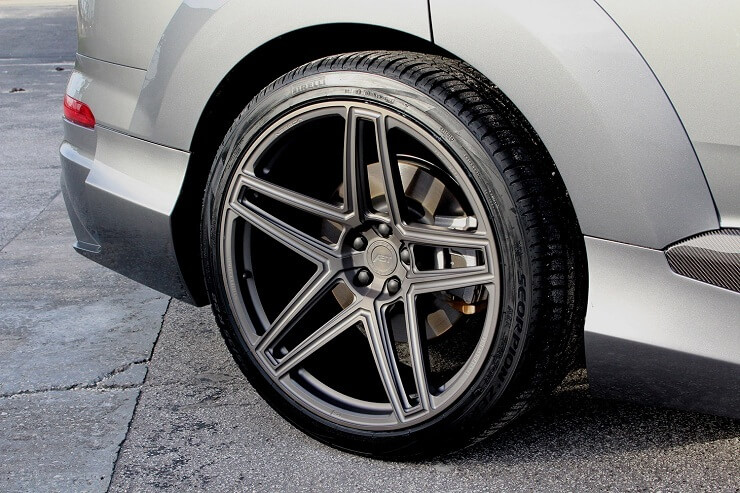 There are changes that are seen in this model when compared to the normal Q7 series. The rear diffuser comes with special muffler and pipes, front skit, fender extensions and also a roof-mounted spoiler. This version gets carbon fiber parts attached to the grille, rear skirt and the front. As an added measure the ABT Audi Q7 also has door strip attachment. The automobile is covered in a smart Stealth Grey finish which also happens to match with the Stealth Grey Vossen wheels.

The inside features of the car have also seen changes as means of visual enhancements. A “1/10” custom badge features on the sills of the doors and dashboards. The Alcantara and ABT logos cover the front as well as the rear seats. The seat panels and the dashboards are upgraded with carbon fiber. The car also has a gearshift knob present in it.

The ABT Audi Q7 will only be 10 of a kind. The company is keeping it a limited edition by producing only 10 such cars. The car will be delivered anywhere across the world. The price of this beast has not yet been decided but we expect it to cost a bomb as only a limited numbers will be made available. The competition of who gets it first is going to be tough one though. 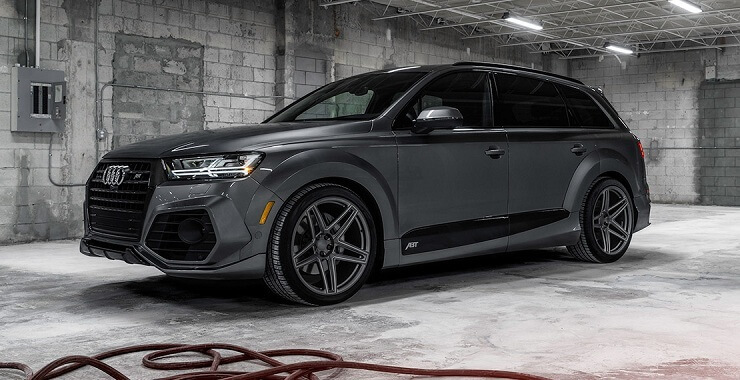 The first output was being displayed at Mandarin Oriental in Las Vegas .

The first output was being displayed at Mandarin Oriental in Las Vegas till the 3rd of November. What is really heart-breaking is that only 10 such ABT Audi Q7’s will be seen all around the world. Consider yourself lucky even if you get to spot one of these around you in your town.

Christy Gren
Christy Gren is an Industry Specialist Reporter at Industry Leaders Magazine she enjoys writing about Unicorns, Silicon Valley, Startups, Business Leaders and Innovators. Her articles provide an insight about the Power Players in the field of Technology, Auto, Manufacturing, and F&B.
« Ionity to curb the problem of lack of EV charging stations
BMW recall to pull back 1.4 million cars from the North American market »
Leave a Comment
Close