With an increase in awareness towards the development for an eco-friendly world; U.S is also seeing a considerable increase in the usage of bicycles. Reports on USA Today state that the data from U.S. Census Bureau mentions the number of people commuting to work using cycles has increased by around 60 percent during the last decade. The census showed that years 2008-12 showed an increase of 7,86,000 bicycle commuters compared to 4,88,000 in the year of 2000. Many cities all over the country have taken steps to promote this eco-friendly mode of transport; by investing in bicycle lanes, cycle sharing programs and bicycle-friendly streets. However, the bicycle commuters are still less than 1 percent of the total commuters.

An interesting research done by the Roland Berger Consultancy show results that the market of bike sharing will grow up to almost $6 billion by the year 2020. Many cities are developing dedicated bike-stations from where people can hire bicycles whenever they want. Many developments are happening in the bike sharing segment; but there is one concept that can rewrite the scenario of this market drastically. The concept of sharing electronic bicycles having locks operated by smartphones.

While this is a very popular concept in China; kiosk-free bike sharing has started to create a strong foothold in the U.S. recently. In accordance with this concept; LimeBike has raised funding to boost the system of kiosk-free bike sharing in the United States. LimeBike is a start-up in California for bike sharing; which has raised an amount of $12 million in Series A funding, as per their press release. This funding primarily comes from Andreessen Horowitz firm for venture capital. 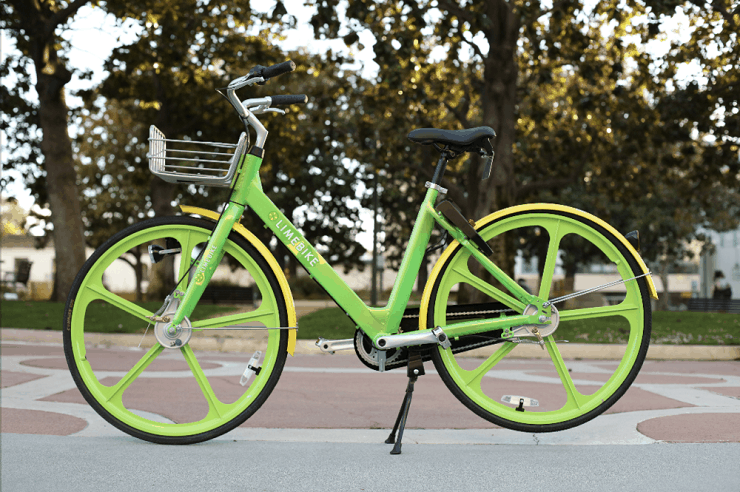 A bicycle of LimeBike

Kiosk-free bike sharing is a concept where you can share bicycles without going to a bike station. The traditional bike sharing programs face problems like walking for many blocks before reaching the bike station. As per Forbes, this is called the Last Mile problem and LimeBike is the start-up that can help solving this issue.

As per their system, LimeBike offers a network of budget-friendly rentals which you can rent or park, and even lock using the phone’s app. LimeBike’s app works on QR codes and GPS trackers. For LimeBike users the system is as easy as searching for available bikes nearby on the map in their smartphone; and unlocking the bicycle simply by scanning a QR code; which is present at the back of every bike. LimeBike users can then lock their bikes with a built-in lock on the bicycle’s frame; once they reach their destination. LimeBike sharing app provides budget-friendly rides which are around $1 for every half an hour of commuting.

Chinese start-ups like Mobike and Ofo have raised a capital of $600 million collectively since the beginning of this year. However, there are not many fishes in the sea for bike sharing market in U.S; and LimeBike has less competition here. Jeff Jordan, partner at Andreessen Horowitz who will be on LimeBike’s board, says that the market in U.S for this concept is ripe. As the kiosk-free bike sharing is a new concept in the United States; LimeBike is capable of giving competition to other bike sharing companies.