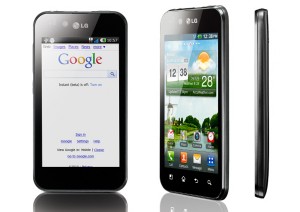 The South Korean Electronics company with the very popular tag-line “Life’s Good” is set to make life even better with the world’s first 3D phone to be unveiled by later this month at the Mobile World Congress (MWC) trade fair in Barcelona on February 14.

The LG Optimus 3D phone, which has been billed as “the most advanced smartphone to date”, will be displayed before public later this month.

Optimus 3D will be able to take 3D photos and videos using its dual-lens camera, while also enabling the viewing of 3D images and playing 3D games without wearing special glasses. Its glasses-free LCD panel for autostereoscopic viewing will also allow users to share their media through diverse connectivity options such as HDMI and DLNA.

The way Optimus 3D’s technology is set to work is that a separate layer on the screen will show a different image to each eye, producing a 3D effect. “The LG Optimus 3D addresses the lack of 3D content issue – one of the biggest problems facing the 3D market – with a complete platform for a one-of-a-kind experience on a mobile device,” LG said.

Expected to be available in the UK, via contracts with Vodafone and 3, by the summer, LG Optimus 3D is being pitched as a challenger to iPhone’s dominance of the smartphone market. 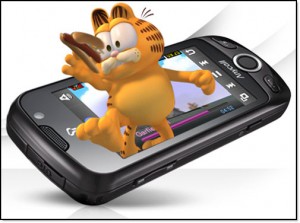 While LG touts the device as a world first, both Sharp and Samsung released glasses-free 3D smartphones in 2010.

Sharp showed off two versions of its glasses-free smartphone Galapagos for the Japanese market in November 2010 and Samsung unveiled its W960 feature phone in the South Korean market back in May 2010.

LG however differentiates its 3D mobile phone offering by providing a “full” experience – one in which users can view content in 3D and create their own 3D images and videos on the go thanks to the dual-lens camera.

How does this fit in with Apple’s plan of introducing a new version of the super-popular iPhone, the iPhone 5, within the next few months ?

Padding Up the LG 3D Experience

The tablet will have an 8.9 inch screen which should make it more portable than 10 inch tablets. It will run on the Nvidia dual core Tegra 2 processor, and will feature the Android 3.0 Honeycomb (the first Android version developed exclusively for tablets).

It has an impressive display, which is 1280 x 768 and also has 3D display capabilities and allows not only 3D playback but also 3D capture with its camera.

Experts believe that although EV stocks initially benefited from the optimism prevalent in the market, supply chain issues and high prices have put a dampener on demand for electri
19 hours ago