Li Ka-shing's magic touch seems to be missing, his trick of buying cheap shares not working for his own holdings.

Li Ka-shing, Hong Kong’s richest man, and his son Victor, who heads the head the property empire have spent a total of $490 million since last year to buy the flagging shares of CK Asset Holdings Ltd. and CK Hutchison Holdings Ltd., part of their conglomerate.

But this buy-in of stocks has not done any good for the two companies, which are fast approaching historic downturns in their share prices.

CK Asset’s stock is approaching a record low, while CK Hutchison is seeing its lowest level since a group revamp in 2015.

The stock purchases represent only about 1% of the combined market value of the two firms. The investment in these companies is more a show of confidence by the controlling company, say experts. Li Ka-Shing is known as the superman investor who has the knack to pick up cheap stocks in flailing companies and turn around fortunes. 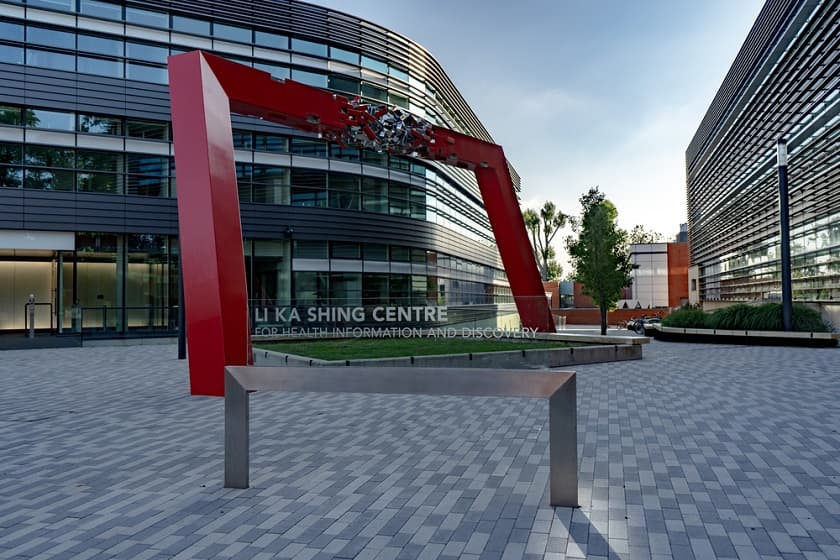 Li Ka Shing Centre for Health Information and Discovery at the University of Oxford.

Raymond Cheng, an analyst at CGS-CIMB Securities, briefly raised CK Asset’s stock rating between March and April to a buy from neutral, but that was downgraded to reduce last month when the company posted lower than expected results and a 35% dividend cut.

The reasons for the stock declines are not far to see. The pandemic as usual has played its part. Added to that is Beijing’s tightening grip over the island state and the burgeoning protests there, leading to disrupted economic and business operations. Also, China and the US are indulging in an escalating trade and tariff war, which is affecting all the businesses that have interests in either country.

All these woes are making it difficult for the company to foresee a turnaround in their fortunes any time soon.

“To investors, being cheap alone is not a good reason to buy a stock,” said Cheng. “People feel there are uncertainties in Hong Kong with the pandemic and the political environment. There are concerns about the market in the short term.”

Hong Kong’s property market is witnessing a lack of interest as investors and businesses are looking to find alternatives or move their businesses out. With China bent upon exerting more control, businesses are not sure if they will be allowed to operate freely under the new regime. (Hong Kong now is a special administrative region of the People’s Republic of China)

CK Asset, the Li family’s property development arm, as a result is not seeing any good investments. In mainland China, the conglomerate is facing scrutiny from financial regulators. Banks have asked to pull credit lines for a HK$2.5 billion sale of a Chengdu property by the company, according to a Bloomberg report.

But CK Asset has denied any such event and says the project is no longer a part of their portfolio.

Li and his son bought more than a combined 83 million shares in the two companies since March when news of the Covid-19 outbreak spread and stocks tumbled.

CK Hutchison’s stock is down 37% this year, while CK Asset is down 32%, compared with a 17% decline for the benchmark Hang Seng Index.

Another family conglomerate that has gone down the same route as the CK Company are the Kwoks, who control the city’s largest developer. They have been buying shares in Sun Hung Kai Properties Ltd. since May, according to filings to the Hong Kong stock exchange. That’s when shares hit their 2020 low, reports Bloomberg.

Hong Kong-based Vincent Lam, chief investment officer of VL Asset Management said that the companies are not doing too well, partly because of the political and economic scenario and because of the way the two companies— CK Hutchinson and CK Asset are structured. There are too many layers and vertical expansions in the ownership, which makes the holdings complicated. CK Asset’s recent diversification into utilities and aviation has put off some investors who used to be interested in the company, he said.

“Globally investors have become less and less interested in conglomerates,” said Lam, whose fund doesn’t hold CK stocks. “Some investors tend to give more weightage to companies with a development plan in mainland China.”

Hong Kong is an important financial center and port. It houses the second highest number of billionaires in the world and the highest in Asia.

“The business is ‘spring loaded’ for a rebound when semiconductor supplies stabilize and more closely match demand.”
7 hours ago

Audi has confirmed that there will be multiple variants of the etron, including “basic versions optimized for minimum consumption and maximum range.
24 hours ago