LG’s CLOi SuitBot is the latest addition to the tech giant’s robot fleet.

LG’s CLOi Suitbot has sandal-type shoes and automatic adjustment feature to offer comfort to the wearer. The Korean tech giant will unveil the exoskeleton suit at IFA 2018, Europe’s largest trade show for consumer electronics and home appliances, which will take place from Aug. 31 to Sept. 5 in Berlin, Germany.

LG says its exoskeleton suit is a comfortable fit with ease in putting it on and off compared to other wearable robots. It has a belt on top with two supporting joints with clams on the thighs and the calves. CLOi SuitBot is designed in collaboration with SG ROBOTICS.

The wearable robotic suit is powered by Artificial Intelligence which will help the suit to study and analyze biometric and environment data along with body movements. It will also suggest movements and stances to provide better mobility and maximum efficiency. 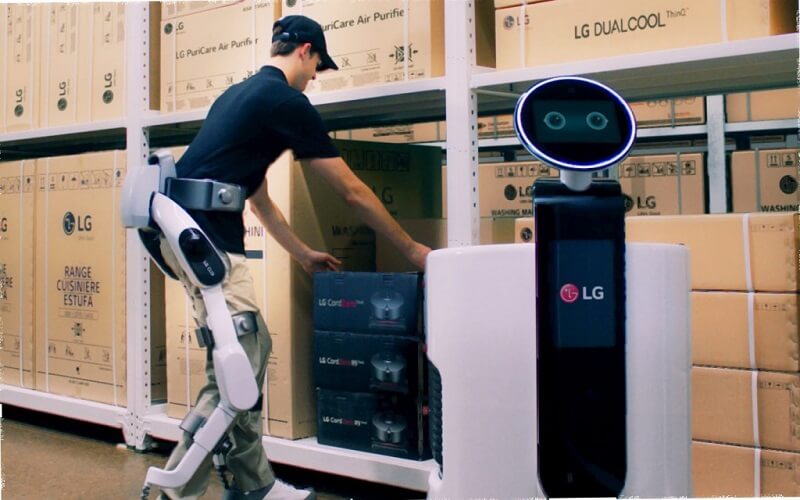 “We’ll continue our research and development in wearable robots so that they can overcome the limitations of the human body, improve work productivity and enhance quality of life,” said an official at LG Electronics. “We want to make robots that serve a range of residential and industrial purposes.”

LG’s CLOi SuitBot is the latest addition to the tech giant’s robot fleet. It unveiled Por-ter (cleaning robot), Shopping Cart Robot (guide and shopping cart robot) at CES 2018 in Las Vegas. It aims to build a fleet of robots in locations such as manufacturing, logistics, and distribution. It also announced robots for a trial run at Incheon International Airport and a shopping complex in Korea last year.

There is no video of CLOI SuitBot in action just yet. But one should be released in the coming days.

Apart from the new exoskeleton suit, LG is also expected to launch a new smartphone at IFA.

According to data analyzed by GOBankingRates, head football coaches, closely followed by basketball coaches, easily rack up seven-figure salaries in the US.
15 hours ago