LG’s newest flagship smartphone G3 is no surprise at this point. Lately rumors have begun to emerge at a startling rate as the release date is growing closer and most of the smartphones specifications are slowly unfolding. A couple of alleged pictures of the  smartphone has surfaced online providing users and potential buyers a best look yet and new information. We’ve seen leaked images of the handset in white, silver and aluminium and now a gold variant has appeared. 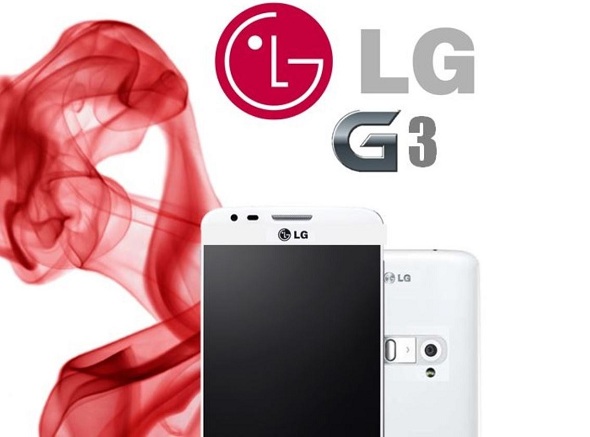 The LG G3 is a hotly anticipated top-tier smartphone looking to compete with rivals such as iPhone 6 and Galaxy S5 and will perhaps be replacing one of the best devices of 2013, the LG G2. The phone shows a lot of promise as most of the details is already in public knowledge.

The leaked images of LG G3 could possibly be of one the prototype that is subjected to design variations in development. It also has NOT FOR SALE written on the bottom right corner and 16UPP printed on its bottom left.

As shown in the leaked images the screen is confirmed to be 5.5-inches display with an impressive 2560 x 1440 Quad-HD resolution at 534 pixels per inch, one of the highest resolutions on a smartphone to date. The  images show extremely tiny bezels and housing around the display, which means it will have a large and vibrant Quad HD screen without making the overall device bulky in size, which is good news for LG, and potential buyers. The device will apparently feature a quad core Qualcomm Snapdragon 801 processor, although previously it was heard that it would be the new Snapdragon 805. Other specifications will include 2 and 3GB of RAM options, and possibly even two built in storage specifications coming with 16 or 32GB. The LG G3 will have a micro-SD card for storage expansion that it is said to support the latest 128GB cards, a 3,000 mAh battery and front and rear facing cameras, with a 2 megapixel in the front and a 13 megapixel back-facing shooter, 1080p video camera with a variety of features, including Optical Image Stabilization on the back.

The South Korean company’s logo also appears at the bottom of the screen and at the back of the handset. The smartphone maker has also redesigned its rear-mounted volume keys and Power/Lock configuration. Moreover, the website noted that the phone’s gold casing is apparently made of plastic with a brushed metal look and not metal like the silver one that was seen previously.

The device will sport a redesigned custom interface KnockCode and Android 4.4 Kit Kat OS; it will be  revealed in full at LG’s press event on the 27th of May 2014 in London, New York, and San Francisco; followed by a May 28 launch event in Singapore, Istanbul, and Seoul.

Anna Domanska
Anna Domanska is an Industry Leaders Magazine author possessing wide-range of knowledge for Business News. She is an avid reader and writer of Business and CEO Magazines and a rigorous follower of Business Leaders.
« Microsoft has a smartwatch in the works, reveals a new patent
Obama Lays-Out Carbon-reducing, Energy Efficiency Proposal at Silicon Valley Wal-Mart on Friday »
Leave a Comment
Close