On Thursday Korean electronics company LG unveiled a bigger-screen version of its G Pro smartphone hoping to move to the top 3 spot in global smartphone sales this year. 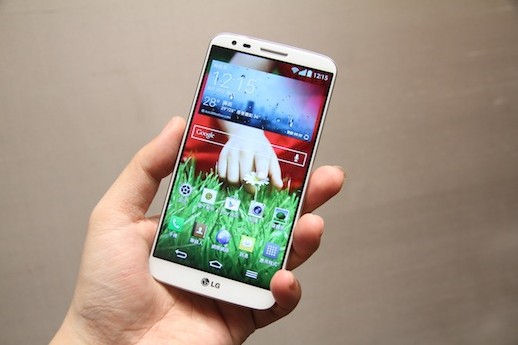 Currently the South Korea-based firm is ranked No. 4, looking to overtake Huawei Technologies Co Ltd as well as Lenovo Group which recently agreed to acquire Motorola handset division from Google Inc in a $2.9 billion deal. The deal, if favored by regulators to proceed, would push Lenovo from No. 5 to No. 3 spot, a threat which LG Electronics executives shrugged off.

The G Pro 2 features a 5.9-inch 1080p display, a 2.26GHz quad-core Qualcomm Snapdragon 800 processor, a Qualcomm Adreno 330 graphics chip, 3GB RAM, 16GB or 32GB of storage, 13MP camera with OIS+ and a 2-megapixel front-facing camera, 3200mAh removable battery, micro SD memory card slot for expandable storage. It can handle LTE and HSPA+ mobile networks, Bluetooth 4.0, and NFC (near-field communications) support. The phone weighs 172g and measures around 157.9×81.9×8.3mm. A SlimPort Micro USB port charges it and it can also be used to connect the phone to an external monitor.

Additional features of the smartphone include 120 frames per second HD video recording and slow motion editing along with the ability to record 4K Ultra HD video for playback on UHD TVs. It can also sever the browser screen into two side-by-side windows, a choice to contract the screen for easier one-handed operation. The smartphone also supports content lock for password-protecting files.

The G Pro 2 also has another new feature called Knock Code that lets people unlock their phone with a distinctive pattern of taps on the screen which is much easier and quicker. Knock code lets users actually turn on their smartphone using one of 86,367 tapping combinations. The knock pattern can be entered into any part of the screen and knock code can use between two and eight taps.

The LG G Pro 2 will first be available in Korea later this month before it is shipped out to other markets in Asia, China included, though no launch date has been revealed yet.

According to data from Strategy Analytics, in recent years LG Electronics has improved products and sales sharply and its global smartphone sales went up 81 percent in 2013. However, huge promotion cost for high-end models has seen its phone division incur two consecutive quarters of losses.