LG Energy Solution plans to invest more than $4.5 billion in its U.S. battery production business by 2025 in a bid to meet the rising demand for electric vehicles in the future.

The Korean company said the investment will help create 10,000 jobs, including indirect ones. The company, which has a joint venture with General Motors, plans to build two new factories too.

General Motors and LG are currently building a $2.3 billion battery factory in Lordstown, near Cleveland, Ohio, that will employ about 1,000 people when it is completed in 2022. GM already has two electric vehicle factories planned in Detroit and in Orion Township, Michigan. The second site will be decided soon, according to a company statement. 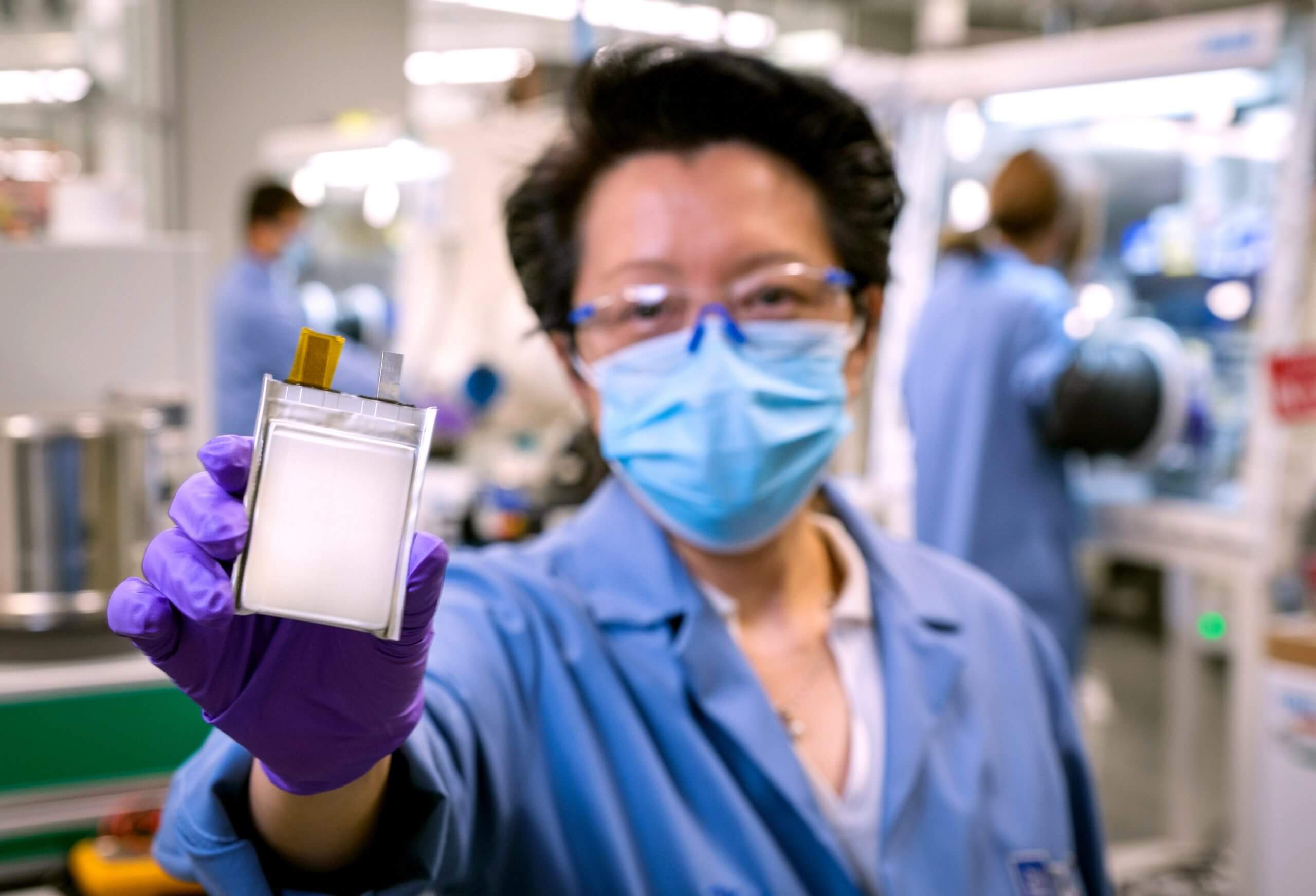 With GM’s next-generation lithium metal batteries, the expected energy density increase could enable higher range in a similarly sized pack or comparable range in a smaller pack. The weight and space savings from smaller battery packs could help with vehicle lightweighting or create more room for additional technology. (Photo by Steve Fecht for General Motors)

Denise Gray, president of LG Energy Solution’s Michigan unit, said the company’s investment will result in an additional 70GWh of U.S. battery production capacity to respond to growth in the electric vehicle market.

“We are eager to expand our production capacity so that it can meet the needs of the numerous global automakers across the U.S. and Europe,” Gray said. “We are looking at least two new factories in the United States.”

General Motors, the 112-year-old Detroit automaker has changed its corporate logo to reflect its green tech commitment. It has promised to roll out 30 new battery-powered vehicles globally by the end of 2025.

The consulting firm LMC Automotive predicts that U.S. battery-powered vehicle sales will hit over 1 million per year starting in 2023, reaching over 4 million by 2030.

An ongoing concern is meeting the battery demand for the increasing production of Electric vehicles by almost all legacy automakers. Most of the world’s batteries are built in China and other countries.

“The goals of the U.S. president and automakers will be a propelling factor in the growth of the country’s electric vehicle and energy storage systems markets,” said Jong Hyun Kim, CEO of LG Energy Solution. “LG Energy Solution is dedicated to expanding its battery production capacity and structuring a stable, localized supply chain that provides everything from R&D to production.”

LG is involved in a dispute in the US with its rival South Korean firm SK Innovations; it alleges that SK has stolen some trade secrets. Last month, the U.S. International Trade Commission issued a 10-year order prohibiting most U.S. imports of SK lithium-ion batteries.

SK is trying to get the bans overturned and is also involved in negotiations with LG, hoping to reach a settlement.

LG Energy Solution Senior Vice President Chang Seung-se said the company’s latest U.S. plans were “more about (having a) very proactive and preemptive investment plan before confirmation of demand from our customers.”