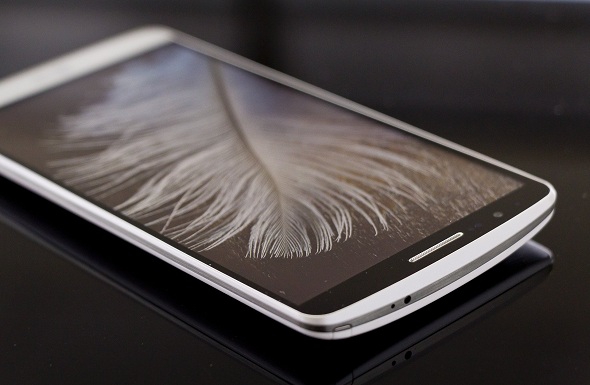 One of the main highlights of the handset is the emphasis on its 3,000mAh removable battery.

LG has arrived with the latest iteration of its flagship Android smartphone, the LG G4. The company unveiled the device in New York on 28 April 2015. Following on from the G3 last year, the new smartphone may be more advanced with several improvements with regards to features.

Similar to its predecessor, the LG G4 features a 5.5-inch 2560 x 1440p, 538ppi Quad HD display that utilizes Quantum Dot Technology. However, the contrast has been enhanced by 50 percent, 25 percent improvement in brightness followed by 20 percent improvement in color reproduction, making it the most visually impressive displays on the market.

The LG G4 uses the 1.8 GHz hexa-core Qualcomm MSM8992 Snapdragon 808 SoC, which includes a dual-core/quad-core combination of the ARM Cortex-A57 and Cortex-A53 processors with an Adreno 418 GPU. Has 3GB RAM and 32GB inbuilt storage that can be expanded up to 128GB. The G4 runs on Android 5.1 Lollipop out of the box with a new UX 4.0 overlay.

One of the main highlights of the handset is the emphasis on its 3,000mAh removable battery. G4’s Snapdragon 808 processor along with the battery is expected to provide 20 percent longer life than the LG G3.

In terms of cameras, the G4 packs a16 MP f/1.8 aperture lens and OIS 2.0 combination in the rear and 8 MP f/2.0 front snapper. The larger aperture allows delivery of really good pictures in dim environments, while laser-assisted autofocus, optical image stabilization, and a color spectrum sensor should ensure clarity for pictures and video alike. Like the G3, the G4 camera can also capture video in 4K resolution. Other details include microSD expansion slot, and a modem that is capable of theoretical download speeds of 400Mbps. The front camera still has gesture shot; users can click selfies with a hand gesture instead of having to totter around trying to hit a button on the screen.

One of its more important selling points is the interface that is made simpler and easier to navigate. Smart Notice shows personalized notifications; Quick Shot is for launching the camera in a jiffy, while Event Pocket works as a unified calendar.

The LG G4 comes in multiple style and vibrant color options, including ceramic metallic gray, ceramic white, shiny gold, and six colors of the genuine leather. Although LG hasn’t specified pricing yet, it is assumed that the leather backs will cost some amount extra. The leather options will be available in black, brown, red, sky blue, beige, and yellow. LG has not announced the pricing or launch dates yet, but it is rumoured the phone will launch in Korea on 29 April.