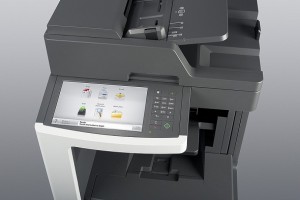 The deal would almost double the size of its enterprise software business.

Lexmark International, known for its printers, announced Tuesday that it will acquire Kofax, a California-based software developer company, for $1 billion deal.

PC and printer makers have been struggling lately as companies cut down printing to reduce costs and consumers shifted to mobile devices from PCs.

According to company officials, the deal is expected to close in the second quarter of 2015 and is based on Kofax shareholder approval and customary closing conditions. Kofax’s board is in favour of the sale, and shareholders who own nearly 25% of Kofax stock will vote in agreement of the deal as well, both companies said.

Lexmark said the deal would almost double the size of its enterprise software business, giving that segment nearly $700 million in annual revenue. Lexmark had $3.7 billion in adjusted revenue in its latest fiscal year.

Scott Coons, Perceptive’s president and chief executive officer said it was a little too early to predict how much the acquisition would alter area employment. The combination of Perceptive and Kofax products and services boosts the entire offering, providing an unparalleled capacity to help customers in various industries, connect unstructured information to their systems of record, he added.

Perceptive, which shifted from Shawnee into its new headquarters in 2014, has been a strong performer for Lexmark, especially in recent quarters.

Founded in 1985, Kofax of Irvine, Calif., has about 20,000 customers worldwide and about 1,500 employees. The company reported $297 million in revenue last year, according to a Lexmark news release.

The acquisition is the largest deal Lexmark has made in recent years as the company became more focused on offering end-to-end business solutions rather than just printers.

In 2010, Lexmark acquired Perceptive in $280 million deal; followed by BDGB Enterprises in 2012, which gave it the data capture software company Brainware, for $148 million. In 2014 Lexmark acquired business process automation company ReadSoft for $251 million.

Responding to dwindling sales in 2012, Lexmark announced that it would withdraw from inkjet business. In 2013, the company sold its remaining inkjet assets.

Anna Domanska
Anna Domanska is an Industry Leaders Magazine author possessing wide-range of knowledge for Business News. She is an avid reader and writer of Business and CEO Magazines and a rigorous follower of Business Leaders.
« FTC Launches New Office To Tackle Internet Of Things
Google reportedly creating a new service that allows users receive & pay bills directly from their Gmail accounts »
Leave a Comment
Close