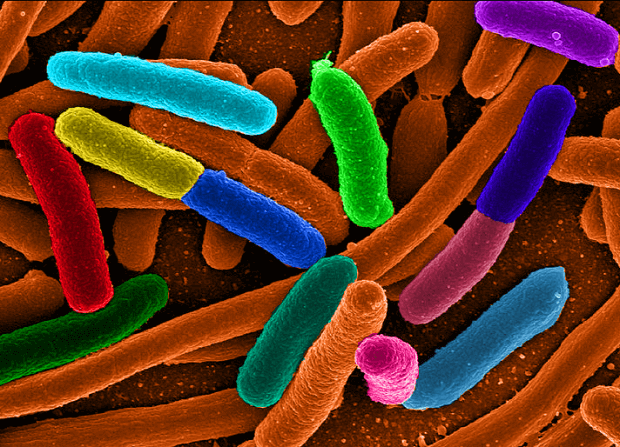 With a never-before seen strain of E. Coli having reportedly affected 1600 people across Europe, scientists are calling the new bug super-toxic.

And while primary suspicion for transmission of this bug has been laid on raw tomatoes, cucumbers and lettuce, experts have been unable to identify for sure the source of the E. coli, which reports say has been spread to at least 10 European countries, and has killed at least 18 people already.

Having begun spreading in Germany, the deadly E. coli has already affected over 1600 people across Europe, with almost 500 people having developed serious kidney problems. Cases have also been reported in nine other European countries.

According to a statement made by Hilde Kruse, a food safety expert at the World Health Organization, to the Associated Press, “This is a unique strain that has never been isolated from patients before”.

Kruse also suggested that this particular strain of E.coli seems to be a mutant form of two different E.coli bacteria.

According to Paul Hunter, a professor of health protection at the University of East Anglia in England, the O157, which was detected in the U.S. about 40 years ago and has also been found in the U.K., is likely to be one of the parent strains.

“O157 was almost certainly one of its parents. It’s also got material from another type of E. coli. So you’ve got this germ that’s like O157 but has this extra weaponry, that makes it more nasty.” Hunter said about the E. coli epidemic.

While the city of Hamburg in northern Germany is being identified as the “epicenter” of the outbreak, the World Health Organization stated that Austria, Denmark, France, Netherlands, Norway, Spain, Sweden, Switzerland and the U.K. have all also reported cases. And according to the WHO, outside of Germany, all other infections detected have been in people who either recently visited northern Germany or had contact with a visitor from the area.

Despite the European Commission having indicated in a statement that tests conducted on samples showed cucumbers imported from Spain were not responsible for the outbreak, a number of supermarkets in Germany, such as the Metro supermarket chain have taken Spanish cucumbers off their shelves. Leafy vegetables, cucumbers and tomatoes continue to remain the prime suspects for the spread of this deadly bug.

Meanwhile, Russia has extended its ban on vegetables to the entire European Union. The European Commission’s health department has reportedly raised their concerns regarding this, and will be writing to Russian authorities today, urging them to take off the ban on vegetable imports, while putting continued pressure on German authorities to determine the source of the outbreak as soon as possible.

Christy Gren
Christy Gren is an Industry Specialist Reporter at Industry Leaders Magazine she enjoys writing about Unicorns, Silicon Valley, Startups, Business Leaders and Innovators. Her articles provide an insight about the Power Players in the field of Technology, Auto, Manufacturing, and F&B.
« The Golden Putter
Isabella’s Islay: World’s Most Expensive Whiskey »
Leave a Comment
Close