Richard Branson applies a democratic leadership style. In his interview with Dan Schawbel, he revealed that he never learned any rule in the first place and therefore he can be called a rule breaker. He never applied any stringent rules in the workplace. Instead, he allowed his employees to apply their innovative ideas to best deal with the various kinds of business situations. Attempts are made in his companies to keep a flat organization structure wherein employees work in clusters for the accomplishment of target goals and objectives. Richard Branson is well known for applying a fun, friendly and anti-establishment business environment wherein no rules or regulations hold the ability of the employees to perform well and enjoy their workplace. As part of the democratic leadership style, Richard Branson prefers to maintain healthy leader-member relationships. He considers all his employees equal and allows them to give their feedback and suggestions on his management style. This way a continuous process of improvement in leadership style is attained by Richard Brandson. 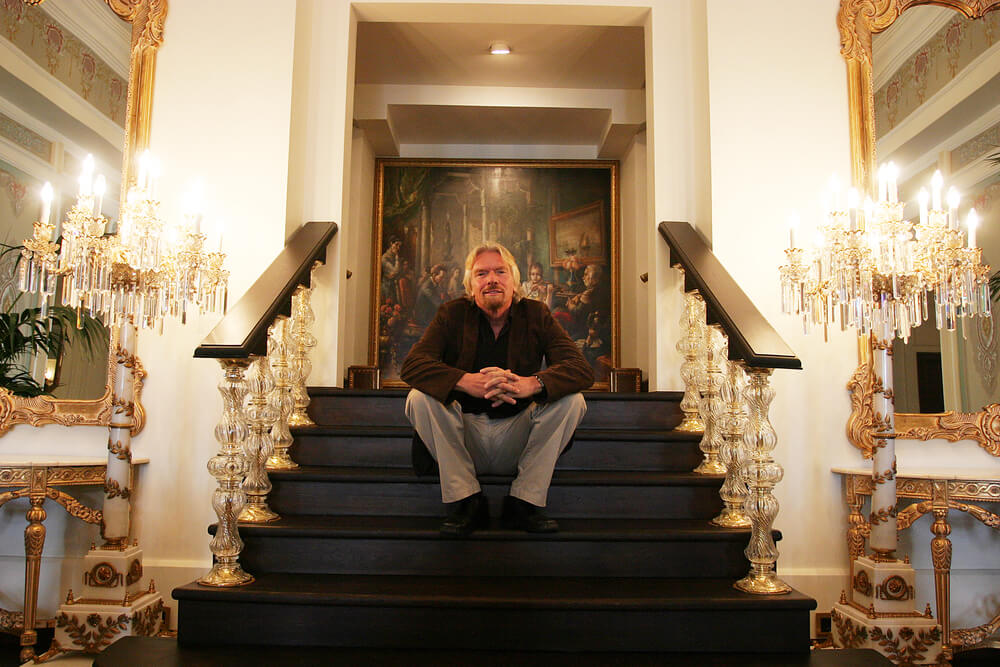 Richard Brandson applies a participative leadership style. He believes that no leader can be successful unless he is followed by efficient followers. Therefore he carefully hires the employees for his team and stays in contact with them so that their views and thoughts can be utilized to bring improvement and innovative ideas in action. Richard Branson believes in the delegation of authority. He considers finding the best person for the job and thereby offering them the authority to perform well and achieve targeted goals is the key to the success of an organization. He believes that giving freedom in decision making could help the employees to perform at their best and with full responsibility. Richard Brandson is also people-oriented and considers that teamwork is important for the accomplishment of goals and sustenance of business in the long run. He considers praising employees upon their accomplishing and providing them recognitions and benefits motivates them to perform better in the future.

Richard Brandson applies transformational leadership. He is successful in building 400 companies under the brand name of Virgin. This became possible because he continued to transform his businesses as per the changing needs and demands. He always came ahead to take the opportunity to start a new business, apply new technology in them and perform training, education and development programs on his employees. This way consistent efforts are made by Richard Brandson to improve his business processes with new-age technology and highly skilled employees so that they could compete with the rising competition in the market and help the sustenance of the business. He applies an adapting approach towards the organizational cultures and therefore allows his employees to develop formal and informal relations. This way an attempt is made to create a relaxing and productive work environment wherein new ideas originate and applied to improve the overall business productivity.

This way Richard Brandson applies the democratic, participative and transformational style of leadership so that the efforts of all employees can be aligned towards the accomplishment of preset target goals and objectives meant to achieve long term target goals for the organization.

Anna Domanska
Anna Domanska is an Industry Leaders Magazine author possessing wide-range of knowledge for Business News. She is an avid reader and writer of Business and CEO Magazines and a rigorous follower of Business Leaders.
« World’s Most Successful Crowdfunded Projects
Eat, Spray, Love: Most Expensive Perfumes of All Time »
Leave a Comment
Close