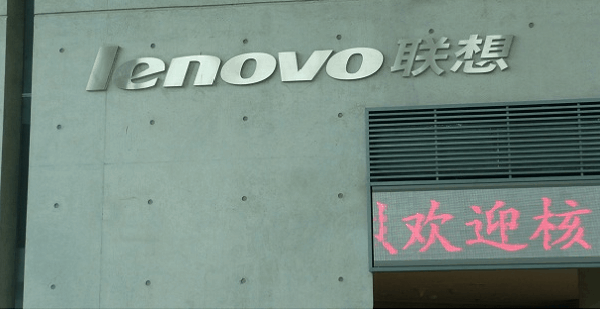 Lenovo Group Ltd., the world’s second largest PC maker by sales, reported a 30 percent gain in quarterly net profit compared with its financial results from a previous year because of strong growth in personal-computer shipments in emerging markets. However it noted a slowest growth in one-and-a-half years due to sluggish demand in Europe and North America. In addition, the growth slowed downed as a result of the global economic weakness.

According to data released by world’s second-largest PC maker, Lenovo Group earned $144 million in the three month ending June 30 on $8 billion in global sales. The $144 gain of net profit missed analysts’ forecast of $133.8 million.  At the same time revenue increased 35 percent to $8.01 billion from $5.92 billion, which was vaguely below of experts’ expectations of $8.13 billion. The profit growth rate decreased from the previous quarter 59 percent gain. Moreover PC shipments in the Asia-Pacific and Latin America increased 59.2 percent those to Europe as the Middle East and Africa rose 62.3 percent.

Last year Lenovo Group passed Dell Inc. as the world’s second-largest PC maker; and according to Lenovo Group’s officials, the company is currently threatening the position of industry leader Hewlett-Packard Co. In addition, the information released by Lenovo Group shows that the company sold 5 million smartphones in China in the quarter; thereby it passed PC sales by number of units for the first time. Yang Yuanqing, Lenovo Group Chairman, is convinced that Lenovo is closer to beating out Hewlett-Packard to become the industry leader.

Even though Lenovo Group financial results are satisfying, company’s top executives are concerned with a recent slowdown in China’s economic growth. Lenovo Group is the biggest competitor in Chinese PC Market with approximately 30 percent share. Recently because of the economic situation Lenovo Group decided to have a more aggressive approach in developing markets such as India, Indonesia, Brazil and Mexico. Accordingly Lenovo Group’s overall PC shipment jumped 24 percent in the quarter ended June 30, compared with a 2 percent drop in industry wide shipments.

Demand for PC in those markets is said to increase for the first time. Moreover Lenovo Group plans to invest $800 million in the development of mobile Internet devices such as smartphones and tablet computers as this relatively new market is increasing at very fast rate. As it was stated by Lenovo Group, the company became the second-largest smartphone seller in the second quarter in China after Samsung Electronics Co., with 13 percent market share. Yet China is the only market where Lenovo smartphones are available.

Lenovo Group is affected by the sluggish economy, slowing growth in the market for the personal computers as any other PC maker.  As it was stated by the company, “Although challenges to worldwide PC demand remain largely due to weakening economic condition, Lenovo remains both optimistic about the future of the PC market and committed to innovation.” Moreover the rivalry is tough and Lenovo Group must handle the competition from Apple Inc., Samsung Electronics Co. Ltd. and HTC Corp. in the fast-growing market for Internet mobile devices such as smartphones.

The iPad manufacturer has previously sought to remove China as the main Apple manufacturing country. Trade tensions and a strict Covid-19 policy has previously resulted in supply c
2 hours ago