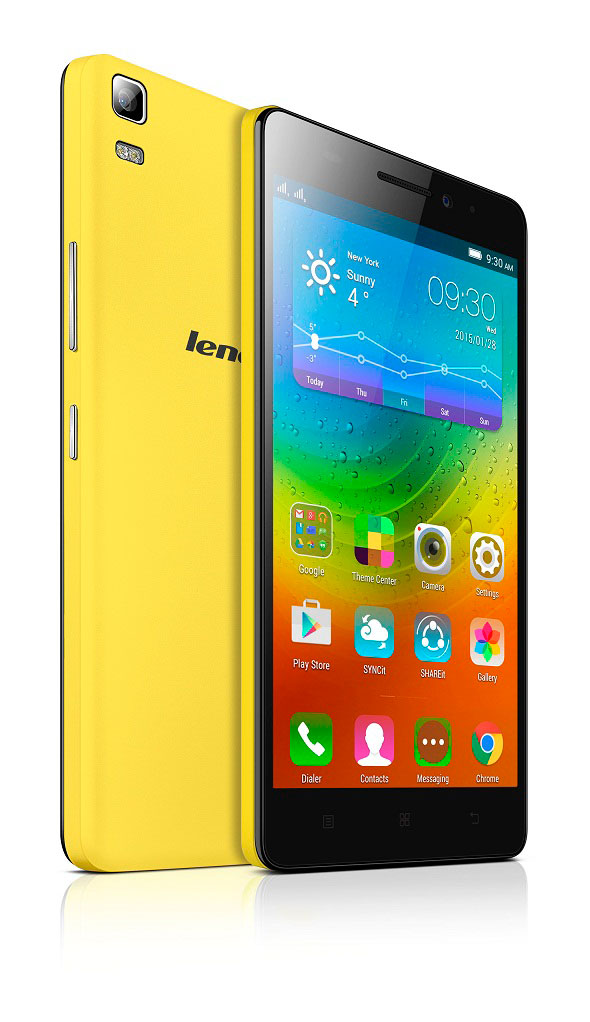 Lenovo A7000 will carry a price tag of $169 and goes on sale around March in selected countries.

While Lenovo’s 5-inch A6000 has just gone on sale in select markets, the Chinese manufacturer has already announced yet another successor. Dubbed as A7000, it comes with even larger screen than A6000 and is the first smartphone to pack Dolby Atmos technology.

The A7000 joins the maker’s other wares being showcased at Mobile World Congress. The A7000 is quite similar to some of Lenovo’s other mid-tier smartphones while still offering features that make it distinctly its own.

The A7000 comes under the company’s budget smartphone portfolio.  It is a very thin smartphone, coming in at just 7.9mm thin and weighs about 140 grams. The device sports a brilliant 5.5-in IPS LCD HD display with a resolution of 720 x 1280 pixels, which translates a 267ppi with ultra-wide viewing angles and moving audio technology from Dolby.

“Users will immediately hear the Dolby Atmos difference using headphones: sounds of people, places, things, and music become more vivid and move from all directions, including overhead, with astonishing clarity, richness and depth. Voices and noises have a broader range from highs to lows, with the greatest subtlety. The technology also makes playback volume more consistent across all types of content,” noted Lenovo in a press release.

Running Android 5.0, it is clocked by a MediaTek’s MT6752m octa-core processor and ARM Mali-T760 MP2 GPU. It handles voice and data swiftly and even has a dual SIM card slot for assigning two contact numbers or a separate data plan, along with 8GB of storage and memory is 2GB. The handset also comes with a microSD card slot that can expand that storage to about 32GB.

Moving to imaging, the A7000 features an 8MP reader camera with an LED flash, Autofocus, Face detection, Geo tagging and a 5MP fixed-focus front-facing camera for selfies and video calling. It also has an exclusive shutter button to click pictures. It comes with many professional editing tools which makes it perfect camera phone. It’s powered by a 2900mAh battery as well with up to 39 hours of talk time and 12 days of standby when on 4G. Other connectivity options in the phone include 4G, LTE, 3G, GPRS/EDGE, Wi-Fi, GPS/AGPS, GLONASS, Wi-Fi Direct, WLAN, Bluetooth, USB and OTG.

Lenovo is launching the A7000 in two colors, Onyx Black and Pearl White. The device will carry a price tag of $169 and goes on sale around March in selected countries.

EverGrande is now known as the “world’s most indebted property developer” and serves as a symbol of corporate excess.
17 hours ago