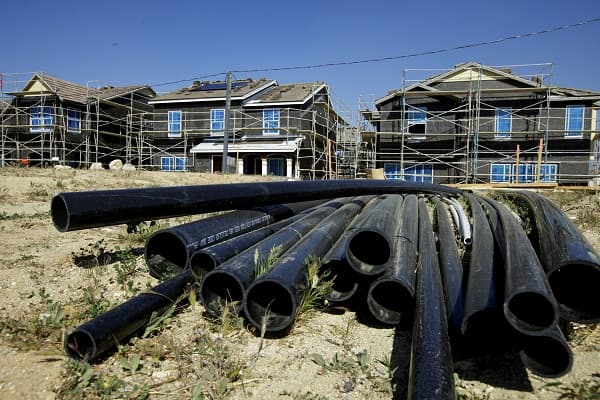 Lennar Corp., the third-largest U.S. homebuilder by revenue, reported higher fiscal third-quarter earnings as demand for new homes jumped. The Lennar Corp.’s earnings results are also sharply higher because of a tax benefit. Yet analysts are not too optimistic about the future of the company as they saw Lennar Corp.’s shares dropped.

Five year ago the housing bubble broke causing major problems for the industry. However low interest rates and rising rents have encouraged many people to buy new homes.  Lennar Corp. informed on the 24th of September that customer orders for new homes increased nearly 44 percent to 4,198 homes, and it is the sixth straight quarter of growth.  The latest results of Lennar Corp. are said to be the sign of the recovery from the worst downturn in generation in the housing sector.

Lennar Corp., the Miami-based company, reported the net income for the third quarter ended August 31 grew to $87.1 million, or 40 cents per share, from $20.7 million a year earlier. The average estimate of analysts was for Lennar Corp.’s earnings of 28 cents per share.

The Lennar Corp.’s revenue from home sales jumped 33 percent and total revenue grew 34 percent to $1.10 billion, which is the highest result in almost four years.

Purchases of new homes in the United States have begun to recover as low interest rates try to lure buyers. And buyers did take the advantage of federal tax credits because of that the annual pace of 535,000 for new-single family homes was reported in August; the pace was the highest since April 2010.

Stuart Miller, Chief Executive Officer at Lennar Corp., noted: “Low mortgage rates, affordable home prices, increased buyer confidence and an extremely favorable rent-to-own comparison are driving growth in each of our markets.” Even sales of existing homes, the largest part of the market, have shown the sign of strength as American buyers feel comfortable enough to purchase homes, including those located in Las Vegas and Phoenix.

Not only Lennar Corp. saw signs of the recovery in the building industry. KB Home also reported a profit of $3.26 million, compared with a loss of $9.6 million a year earlier. The company’s revenue grew 16 percent as home orders jump nearly 3 percent.

Analysts’ forecast on the building industry

The very growth of Lennar Corp. forced analysts to think how much longer the home builder’s increase could last and whether the bubble would once again break.  Since October the broader Standard & Poor’s 1500 Homebuilding Sub-Industry Index has nearly tripled. Analysts are strongly convinced that any hint of deceleration would throw the building industry into tailspin.

In addition, Joel Locket, an analyst with FBN securities, believes that all home builders’ stocks are nearly 60 percent overvalued. Other analysts highlight reasons why the cautioun about the recovery should be maintained. Many American potential buyers are discouraged to purchase new homes by the weak employment market and low salary growth as well.  Even though interest rates are lower, mortgages are still hard to get. So when will the bubble break again?