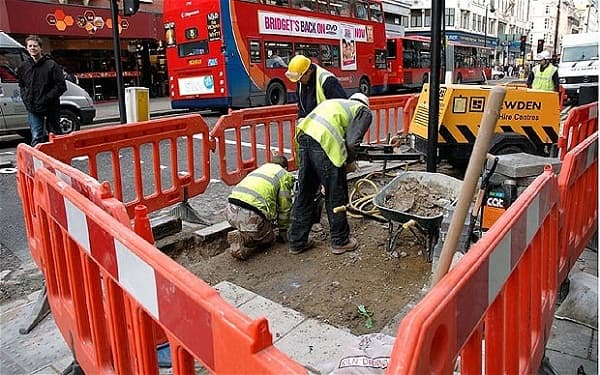 Mouchel Group Plc. informed that it had agreed to restructure the company. The restructuring will give Mouchel’s lenders a majority interest in the infrastructure firm. In addition the company agreed to delist itself to avert an impending debt default. A consortium of banks, consists of Royal Bank of Scotland, Lloyds Banking Group and Barclays, will take control of Mouchel.

Mouchel, the company providing consulting, business group services on public sector projects, has warned that it will likely go bankrupt because of its £140 million debt at the end of this month if shareholders do not approve the debt-for-equity swap. The restructuring, which is supported by Royal Bank of Scotland, Lloyds Banking Group and Barclays, is the only way possible to get the lenders release  £87 million of the company’s existing debt for a majority stake in Mouchel. However after the debt-for-equity swap, the company will be left with £60 million debt to pay. The step of Royal Bank of Scotland, Lloyds and Barclays will rescue 8,000 posts.

Under the terms of agreement, Mouchel’s existing shareholders will receive 1 pence per share special dividend from the lenders – 45 per cent of Tuesday’s closing price of 2.2 pence. Mouchel’s share closed at 2.2 pence per single share on Tuesday. Andy Brown, analyst at Panmure Gordon, described this situation by stating: “While this is a poor outcome for shareholders it should ensure that existing contracts are delivered and employment . . . is maintained.” Mouchel’s officials also believed that this solution was best for company’s shareholders. David Shearer, the Mouchel’s Chairman, said: “In reaching this agreement with our lenders, we have sought to ensure that our shareholders have the opportunity to recover some value from their investment.”

According to the debt-for-equity swap, lenders will own 80 percent of Mouchel’s shares, and the management will have the remaining 20 percent. Moreover two independent non-executive directors to company’s board will be appointed by banks. The restructuring is believed to be the only viable way of safeguarding jobs and contracts as well.

Although terms of the agreement are beneficial, the future of it depends on shareholders. Mouchel’s shareholders must approve the restructuring. The decision regarding the debt-for-equity swap will be voted on August 24. If the agreement goes ahead, the company’s shares will be delisted from the London Stock Exchange on September 25.

The company has had a long history of building major buildings in the UK since Louis Gustave Mouchel brought the patent for reinforce concrete in 1897. However, due to recent government’s spending cuts Mouchel has been struggling. But lack of government help is not the only problem of the company. Just one year ago the company admitted to a £4.3m accounting error, the Mouchel’s chief executives, Richard Cuthbert, resigned.

One year ago Costain and Interserve offered more than £150 million for takeover; however Mouchel’s officials rejected it, explaining that the offer was underbidden.  Since then the company’s fortune has dropped. Its shares are worth 1.25 pence. Mouchel is in the dramatic economic situation. These days the company can only be saved by the restructuring.

Anna Domanska
Anna Domanska is an Industry Leaders Magazine author possessing wide-range of knowledge for Business News. She is an avid reader and writer of Business and CEO Magazines and a rigorous follower of Business Leaders.
« Facebook Shares Hit Record Low
EU wants concessions on all Google Platforms »
Leave a Comment
Close