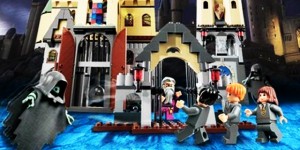 The Danish toymaker’s brilliance of introducing movie-themed box sets including Star Wars, Harry Potter and Indiana Jones has paid off, with Lego witnessing a galactic 63 per cent increase in their profits last year.

The booming popularity of these themed sets pushed Lego’s profits up to £563m, on revenues up by 32 per cent to £1.8bn, the company said in a statement. Sales in the UK alone shot up by 48 per cent over the year as a whole, and by 57 per cent over the vital Christmas period.

The company now commands roughly 5.9 per cent of the global toy market, catapulting it to fourth place in the world league, Lego said.

“The result is extremely satisfactory and is due in part to vigorous growth in markets such as the US, UK, Russia and Eastern Europe – all identified as growth markets for the company,” the company’s chief executive, Jørgen Vig Knudstorp, said. 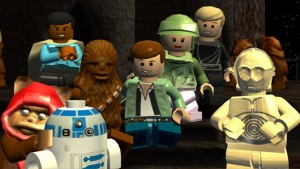 After several difficult years of being discarded in favour of the more “interactive” computer games market, Lego is finally witnessing a turn-around.

When the company reported a record deficit of Dkr1.4bn (£144m), while debts totalled more than Dkr5bn, in January 2004, there was strong speculation that the founding Christiansen family would be forced to sell the company.

On the contrary, while the toy market as a whole suffered from falling consumer confidence and restricted household spending in 2010, for Lego it was a year of expansion. The company opened a new warehouse in the Czech Republic, is in the process of building a new factory in Mexico, and has hired more than 1,000 extra people across the world.

Marko Ilincic, the UK managing director, said: “Lego UK has enjoyed phenomenal sales over the past year. While it was fantastic to see sustained growth within our classic product lines, such as Lego Star Wars and Lego City, we were equally delighted to see that the launch of our new Lego Harry Potter products further consolidated our market position over the Christmas period.”

Not just for kids

Lego has also been helped by growing adult interest in collecting Lego. Up to 10 per cent of sales are thought to be for grown-ups, who are known as AFOLs (Adult Fans of Lego) and hold their own conventions.

At one point seeming to present the destiny of joining Meccano, Subbuteo and Airfix as relics of a pre-computer golden age of play, lego really hs sealed its turnaround with these soaring sales at a time when the toys market overall is suffering from the squeeze on family spending.

And Lego remains positive that it will continue to grow. Lego Group’s chief executive, Jørgen Vig Knudstorp, predicted: “We expect growth both in our primary markets in North America and Europe and in emerging, rapidly growing markets, including China. Our classic product lines as well as new themes such as [Ninja-themed] Lego Ninjago have got off to a good start in the new year.”

Lego makes around 30 billion pieces every year, most of which are the classic multi-coloured bricks for which the company is famous. The biggest commercially available set is a 5,922-piece Taj Mahal, which is approximately half a metre wide and nearly as tall once it is completed.