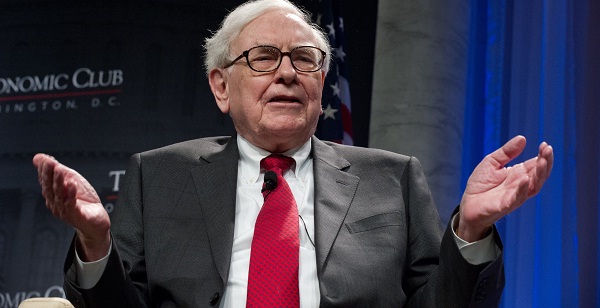 The confidence is back as several mergers have been announced. And what is more, the acquisition of Heinz was announced. Warren Buffett and Jorge Paulo Lemann decided to go into the ketchup business by acquiring H.J. Heinz Co. for over $23 billion. The acquisition of Heinz is believed to be the biggest takeover in the history of the food industry.

On the 14th of February, H.J. Heinz Co. informed that it would be acquired by Warren Buffett’s Berkshire Hathaway and Jorge Paulo Lemann’s 3G Capital. Warren Buffett is known not only for his fortune but for his interest in acquisitions of popular consumer brands, including Heinz.  Therefore it is not surprising that Warren Buffett admitted that he had been following the track of the ketchup giant for as many as 30 years! Indeed, the US second richest man like so-called “the Inevitables” – products that have long and rich tradition and are not likely to change.

H.J. Heinz Co. is  popular consumer brand with long and rich tradition. But the ketchup giant is not interested in securing status quo, but in strengthening its presence in emerging markets which are expected to bring a quarter of the company’s sales in 2013.  Even though H.J. Heinz is mainly linked to ketchup and other sauces, the company has widen its choice of products.

Hence over 144-year-old H.J. Heinz is a tidbit for Warren Buffett. The offer price of approximately $23 billion was roughly 20 percent higher than the ketchup giant’s stock closing price on the 13th of February. It is said that Berkshire Hathaway will put on the table $13 billion. But Warren Buffett and Jorge Paulo Lemann will not only pay $23 billion but they will take Heinz’s debt of around $5 billion, taking the acquisition price to as much as $28 billion. Under the terms of the acquisition, Berkshire Hathaway will divide the ownership of the legendary ketchup giant 50-50 with 3G.

Certainly Warren Buffett  is ready to pay a hefty sum for the company as he once said: “It’s our kind of company. It’s got a group of fantastic brands led by ketchup. The ketchup brand has been around for 135 years or so and I’ve sampled it many, many times.”

Information on the acquisition of Heinz came just after the announcement of American – US Airways merger. Indeed, it seems that mergers are having their own big comeback after an era of appeasement in transactions. Analysts note that the increased interest in mergers is driven mainly by prices, underlining that financing takeovers and mergers is cheaper due to low interest rates. In addition, many companies have been saving their money so now it is an investment time! Mergers and acquisitions are also a chance to grow earnings for companies, thus they decide to invest.

Moreover, the news on the acquisition of Heinz suggests that the sector of food and beverage might be a witness of a number of takeovers and mergers in the near future. So, we should expect many more fascinating mergers and acquisitions in 2013…

Christy Gren
Christy Gren is an Industry Specialist Reporter at Industry Leaders Magazine she enjoys writing about Unicorns, Silicon Valley, Startups, Business Leaders and Innovators. Her articles provide an insight about the Power Players in the field of Technology, Auto, Manufacturing, and F&B.
« Rolls-Royce Profits Surge by 24%
There are two things in New York, business and success »
Leave a Comment
Close