The Must-Haves of Beer, Steak, Lego and Game Consoles…

LEBLOX is a French app that allows you to create a pixilated version of an object and then order a 3D print of it. The app has been created by Paris-based technical director Mathieu Lecoupeur and creative director Soy Phompraseuth. It took them more than a year and a half developing and is ready for its release in March.

The inspiration behind the app lies in the 2010 short film ‘Pixels’ created by fellow Frenchman Patrick Jean. The movie features 8-bit video games characters who take over New York after escaping from a distracted television set. 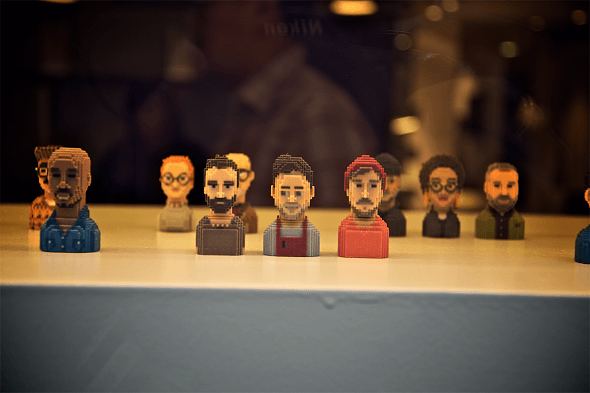 Users of this app can LEBLOX in 3 different ways:

1. Lego-esque themselves. I.e. create their own 3D pixelized avatar and flaunt it.

2. Take a photo or chose an existing image from their library and transform it into a flat pixelized version.

3. Order a 3D print of anything they create digitally and browse through and print published designs from around the world.

The app has taken personalization to the next level by creating and printing a miniature digital version of you. Soy Phompraseuth explains that their goal behind LEBLOX was to gather all ‘pixel art’ right from great designers to the casual users. Once a user publishes a Blox everyone can 3D print it. 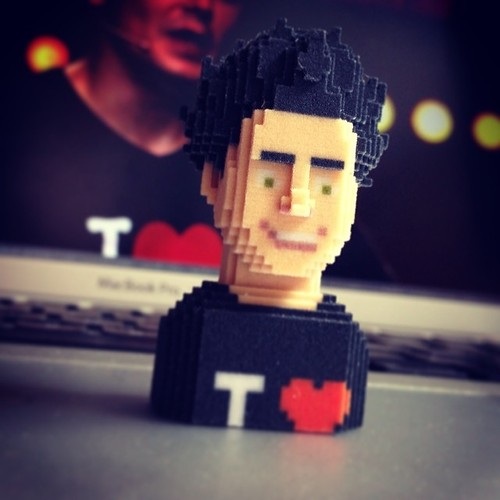 The final price will depend on the weight of the printed product, but the goal is 20 Euros for on avatar, shipping included.

The 3D prints will take about a week to ship to a French address. The only catch is that since LEBLOX’s printing partner is based in France, orders will take a little longer for international users. The final price will depend on the weight of the printed product, but the goal is 20 Euros for on avatar, shipping included.

In December, LEBLOX had hosted a ‘Blox of Fame’ event as a test run for a friend who owns the eye-wear shop Milan Lunetier. They ‘bloxed’ VIP customers and the reactions received were tremendously positive. The idea of having a miniature version of our own self can be undeniable alluring and the duo seems to bank on that.

LEBLOX debuts this year in March and will be available in the App store.