Land Rovers and Teslas are the most unreliable cars, Says Watchdog

The photos of the latest model of Jaguar Land Rover, Range Rover Velar have been leaked on the internet one day prior to its official release date. Details about the model were to be released on 2nd March on a global scale before the Geneva Motor Show would host a world debut next week. But the images of the SUV’s interior and exterior have been leaked on the Spanish website, Diariomotor. The Range Rover collection’s third edition has a moderate price as compared to other contemporary models. Moreover, the British multinational car manufacturer has announced no definite price of the car. The leaked images are not on the website anymore complying with a special request of the company. Still, these images are already doing the rounds all over the world.

This five-seat SUV will supposedly target the female consumer base of Australia. Gerry McGovern, the design director of Land Rover states that the Velar is also the avant-garde Range Rover. The name is in context to the fact that this model promises to bring a hint of glamor, elegance, and modernity to this brand of SUVs. The other Range Rover models have a bulky look whereas the Velar will stand out in comparison to those. The leaked photos suggest that the car has similar exterior styling influenced from the Evoque and the Sport. But this exterior consists of rounded and softer lines with a slanting roof, unlike the previous models. 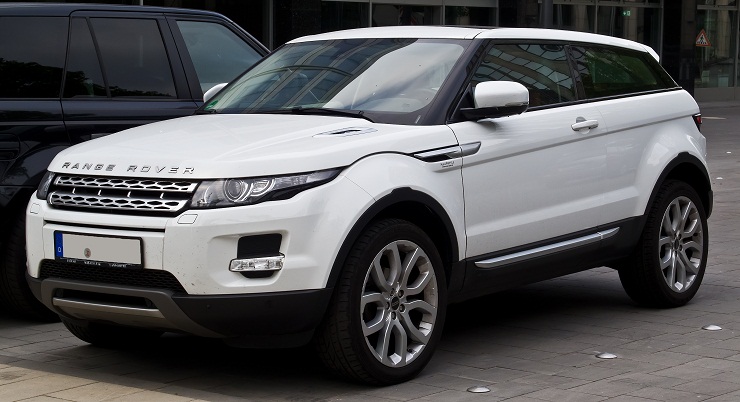 The design of the Evoque provides inspiration for the Velar.

Insight about the Range Rover Velar

Range Rover Velar attained its name from the prototypes of the 1960s. During this time, the development engineers came up with the name ‘Velar’, derived from the Latin word velare which means to cover or veil. This word was a code name during the preproduction stage of the Range Rovers to keep important details under wraps. The production of the luxury SUV will take place at the Jaguar Land Rover plant located in Solihull, England. A source of the company reveals that the model will highlight its pioneering consumer technology and the manufacturing will use unique sustainable materials.

The Range Rover Velar is the first Land Rover to use the D7A all-/rear-wheel-drive platform technology of Jaguar. This technology reportedly underpins the Jaguar F-pace compact crossover and the Jaguar SE compact sedan. Rumors suggest that the car will use Jaguar’s new range of four-cylinder engines. This kind of engine will include 247-hp, 2.0-liter gasoline and a 237-hp, 2.0-liter diesel. Depending on the demands of the market, the company might also offer six-cylinder gasoline and diesel engines. The Velar model will bridge the price gap between the Evoque starting at $41,000 and the Sport at $65,000.

Carrie Ann
Carrie Ann is Editor-in-Chief at Industry Leaders Magazine, based in Las Vegas. Carrie covers technology, trends, marketing, brands, productivity, and leadership. When she isn’t writing she prefers reading. She loves reading books and articles on business, economics, corporate law, luxury products, artificial intelligence, and latest technology. She’s keen on political discussions and shares an undying passion for gadgets. Follow Carrie Ann on Twitter, Facebook & Google.
« Go on a Private Moon Mission for your Next Holiday with SpaceX
Second Edition of the Porsche Panamera Sport Turismo is out as a Wagon »
Leave a Comment
Close

Goldman Sachs Group Inc. is firming up plans to bolster its consumer banking arm Marcus through acquisitions and concentrating on digital ba...
18 hours ago