Earlier this year on April 25th, Microsoft completed its acquisition of Nokia’s handset for around $7.5 billion. The two companies which have dominated their respective markets for years came together and made a bigger impact in Nokia’s first ever ad after the purchase. Fascinatingly the ad sported the tagline ‘Not like everybody else´ with a strong message that everything just became a lot more colorful. So we all got the message that things are about to change. Nokia will change and reportedly, Microsoft’s mobile division will now be called Microsoft Mobile.

A leaked document sent to Nokia employees when the acquisition was officially announced, gives us a glimpse of the schedule set for Nokia’s brand demise – Nokia will change. 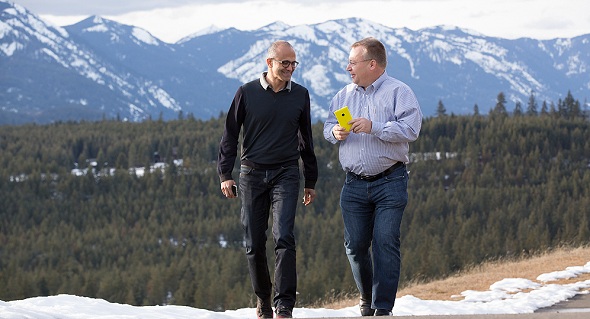 Renowned leakster @Evleaks who recovered and posted a copy of the memorandum, gives us a peek on how Microsoft is planning on integrating Nokia’s brand assets with leaking a slide and list of FAQs.

As Stephen Elop, Executive VP of Microsoft Devices and ex-CEO of Nokia previously stated: “The Nokia brand is available to Microsoft to use for its mobile phones products for a period of time, but Nokia as a brand will not be used for long going forward for smartphones. Work is underway to select the go forward smartphone brand.”

According to the leaked documents, here’s what Microsoft is meaning to change:

“Microsoft brand will only replace the Nokia brand in product, applications and experiences when Microsoft has launched a new product into the market.”

Nokia retail stores and “Care Centers” will remain in business for the time being.

Nokia’s tune, the iconic “connecting people” manifesto is still owned by Nokia. For now, the default Nokia ringtone of devices, animation and message will remain the same, however, in the future this could be changed by Microsoft.

You can read the entire document below.

Anna Domanska
Anna Domanska is an Industry Leaders Magazine author possessing wide-range of knowledge for Business News. She is an avid reader and writer of Business and CEO Magazines and a rigorous follower of Business Leaders.
« Microsoft Fights Back over Warrant for Emails Overseas
Overtaking Silicon Valley!? Is London blowing its tech trumpet too early? »
Leave a Comment
Close