Leading Smartphone Companies In The World 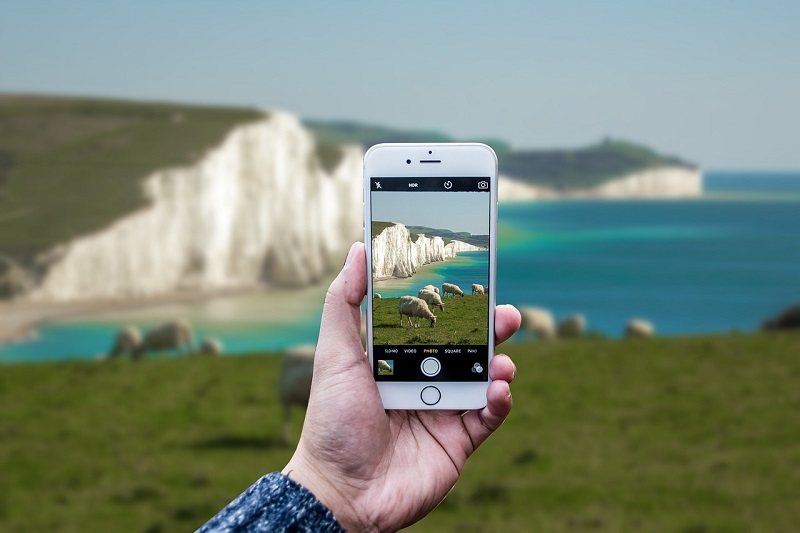 With worldwide market for smartphones expected to reach 2.15 billion by 2020, the numbers only reflect the pervasive presence of smartphones in today’s world. The global smartphone market is driven by advancement in technology and novel design approaches. The attractiveness of the device in terms of design, display, battery life and the phone’s ability to run mobile internet is mainly responsible for the evolution of the smartphone market over the past few years. The Asia-Pacific region appears to be the biggest as well as the largest growing market globally. The list of leading smartphone companies is led by Samsung with sales of nearly 82.8 million devices, followed by Apple with 61.6 million sales. The combined market share of the two smartphone manufacturers is around 35%, and lately, it’s the Chinese smartphone companies such as Xiaomi, ZTE, and Huawei who are vying to occupy the top 10 list. Lenovo and LG continue to remain in the middle competing to be in the top positions.

Since the inception of the smartphone concept, the demand for phones has only increased. Today’s phones can do almost everything. Powerful and attractive applications, fast networking systems and users keeping updates about their favorite phone are making smartphones very powerful these days.

There are thousands of mobile brands available in the market today. Global smartphone sales in the second quarter of 2015 totaled 330 million units, though considered as the slowest recorded growth rate in sales since 2013. Based on the number of units sold, here is a list of top 10 smartphone companies in the world.

South Korean electronics giant Samsung has topped the chart as the leading smartphone company. With a market share of 21.3% the phone manufacturer offers some unbelievably low price products and also very high-end devices at the same time. The company is looking to reassert its global leadership on the back of increasing smartphone sales of low-cost models, especially in regions like the Middle East, Southeast Asia and Africa.

The Cupertino, California company is the most creative of the lot taking the second position in the list of leading smartphone companies. Needless is to mention the accolades they have garnered. According to Interbrand Best Global Brands report Apple is the most valuable brand and enjoys high Brand loyalty. With a market share of 14.1%, the tech giant continued to find success with bigger screened iPhones in 2015 also. With its iPhone 6 and 6 Plus, Apple has been successful in retaining its user base and also been able to bring back previous iOS users who had shifted to Android mainly because of larger screens.

Headquartered in Finland, Microsoft mobile is wholly owned subsidiary of Microsoft. In 2014, the company gained rights to sell Nokia phones as its own brand with an agreement for 10 years. All phones run on Microsoft’s own operating system. With 7.2%, the company’s global mobile phone market share is at an all-time low.

Headquartered in Guangdong, Huawei is a Chinese networking and telecommunication company that has witnessed an increase in the sales of its mobile phones. With a market share of 5.1%, the Chinese company continues its success streak in emerging markets such as Latin America and India.

Mainly known for its PC’s, the Chinese tech giant has headquarters in Beijing, China and North Carolina, US. The Chinese multinational technology company entered the smartphone market in 2012 and very soon became the largest vendor of phones in Mainland China. In October 2014, Lenovo acquired Motorola Mobility for $2.9 billion from Google, with Motorola Mobility adding around five million sales per quarter. With a market share 4.8%, the Motorola acquisition has resulted in increasing Lenovo’s international presence.

Another Chinese player in the compilation is an electronics company headquartered in Beijing. The company designs, manufactures and sells smartphones, consumer electronics, mobile apps and has successfully managed to make a whooping business within a very short period. With 4.4% of market shares, the phone maker is very popular in the Indian mobile market and is known as the Apple of China. Currently, the company markets its smartphones to more than seven countries outside China.

Headquartered at Seoul, LG Electronics is a South Korean company that manufactures five types of electronics such as mobiles, home appliance, home entertainment and vehicle components. The tech giant remains at the forefront for setting new standards in Mobile technologies with its latest features such as 3D, multi-core processors, bright and clear displays and 4G LTE. With a market share of 4.3%, the company intends to focus on both high-end devices and mid-range phones. The key targets are emerging markets, mainly in the North + Central & Latin America.

Chinese network equipment and devices manufacturer is known for making low-cost devices with excellent features. The company is a pioneer in technology innovations, offering business solutions to clients and delivering superior products. With a market share of 3.5%, ZTE’s main focus area include Asia Pacific region because of the expected demand of 4G infrastructure.

The Chinese multinational company that markets phones under the Alcatel brand name is headquartered in Hong Kong. It has a range of low-cost phones and feature phones in Latin America and Europe. TCL Communication is also among companies who own or license 4G, 3G, 2.75G, 2.5G and 2G -patented technologies. Its global mobile handsets market share is 3.38%.

Anna Domanska
Anna Domanska is an Industry Leaders Magazine author possessing wide-range of knowledge for Business News. She is an avid reader and writer of Business and CEO Magazines and a rigorous follower of Business Leaders.
« Now It’s Billboards Tracking Consumer Behavior
Google joins the fight against Zika Virus with UNICEF »
Leave a Comment
Close