Jeep Compass to Effortlessly Take you Through Five Types of Terrains

One of the most trusted pioneers of technology in the automotive sector, Toyota Motor Corp. has finally revealed the future of the EV segment by showcasing its new SUV, encompassing the e-TNGA BEV supported platform at the Shanghai International Industry Exhibition held on 12th April 2021. The bz4x is expected to launch in the global market by mid-2022.

With its production hub based in Japan and China, Toyota is planning to launch 15 EV models, 7 out of these will be in the ‘bZ’ series which stands for “beyond zero” standing out of the “just zero-emission” zone. 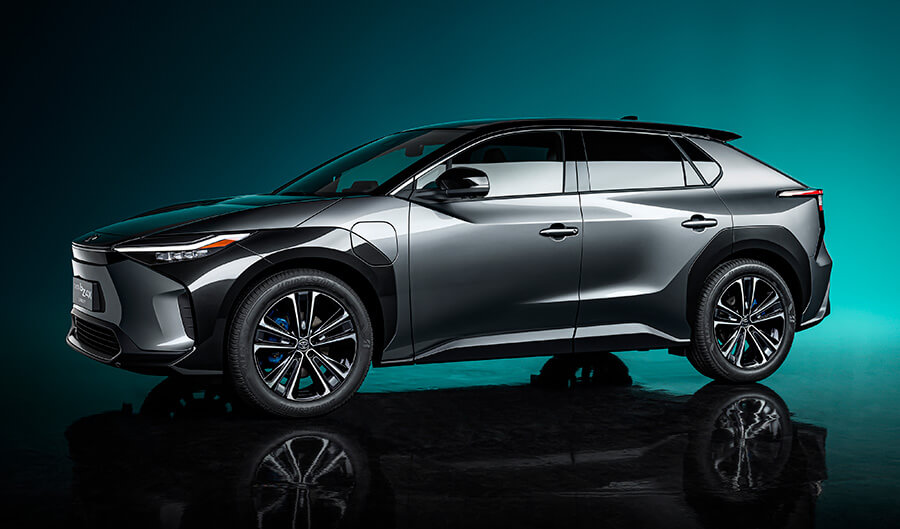 Previously in Dec’ 20, before the launch of SUV-sized RAV4 the first of this technology, pro-Toyota’s European product development boss, Andrea Carlucci, said “the car will be a global model, and it offers the best balance to put together the needs of all regions.” He highlighted the growing interest in compact SUVs and the commitment to delivering the upcoming models with the same interests.

The bZ4X is whittled with aerodynamic precision in compactness and aesthetics with a crease in the lower part of the door kinking upwards at the rear fenders. It wears a small hexagonal grille in the lower part of the fascia and vertical gills in the corners. The LED-powered headlights, 4 on each side with a strip of luminous in the daytime along the top and a full-width strip for the taillights. The wheel arch offers a glossy black gradient with a classy contrast to the upper mid-section of the body. 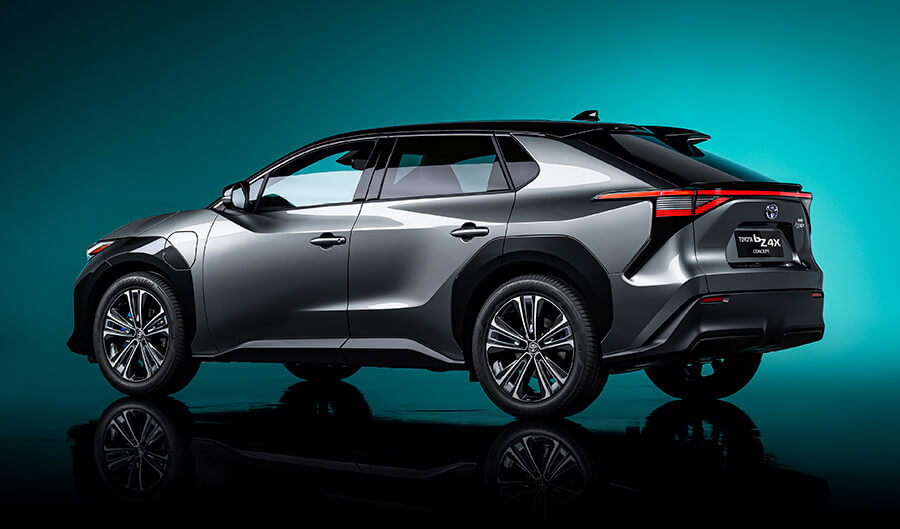 The interior section is a little different in terms of the purview of the driver offering a different yoke compared with conventional steering. The digital cluster display and the infotainment screen with a blue glow is slightly eccentric of the driver’s visible range to which Toyota says “this orientation will help expand the vehicle’s sense of space, but also help increase visibility to aid in safe and secure driving.” The console system is incorporated with multiple climate control on the dashboard plus an electronic shifter and manual control at the center for safety and vehicle-related utilities.

The BEV technology a.k.a only electric vehicles or all-electric vehicles uses motor-driven transmission through electric motors and motor controllers. It is powered solely through the chemical energy stored in the rechargeable batteries. Co-developed with Subaru, the e-TNGA platform is designed to be highly adaptable and can be used for vehicles of differing lengths and wheelbases. It can also be used for front, rear, and four-wheel drive power by allowing motors across both axles and a wide range of battery capacities.

This time, the group has taken a different course in delivering the products having a modular approach, which means that the same platform can be customized to meet different requirements globally. According to Toyota Chief Technology Officer Masahiko Maeda: “In the years since we first introduced the Prius, we’ve not pushed forward with any single technology, instead of preparing numerous options including fuel cell, hybrid, plug-in hybrid and electric vehicles,”. This step has set a burgeoning crossover in this segment and has pared its way to the $29 billion better working on MEB car platform – Volkswagen, one of the major players in the game.

This model seems to be an implementation of the concept rather than its converse being speculated since it is a street competent model focusing on robustness than a specific technology. However, Toyota hasn’t yet completely disclosed its powertrain transmission drive system and its product for the US market. Hyundai and Kia are expected to follow the same approach in building Ioniq 5 and EV6 electric SUVs. Subaru is rumored to be working on the same e-TNGA platform to build Evoltis.