Leadership Lessons from 3 Influential Women Leaders in the Auto Industry

The top women leaders in the auto industry have a trove of leadership lessons to share. Let's learn.


TAGS:
women in automobilewomen leaders in the auto industry

Technology has been serving as the major driving force in the auto industry. As the industry reinvents itself, we are seeing a transition from a product and service to experience and value bases sub-economy. Cars can now play your Spotify playlist, offer driving assistance, and also wake you up if you fall asleep behind the wheel.

The automobile industry has come a long way and yet it continues to lumber forward without a gender-equal workforce.  Almost half of the US working population comprises of women but women account for only 27 percent of the US automobile industry. There are several reasons at play behind this but the most proponent is the perception of the auto industry as a man’s club.

Catalyst reports that in 2018, only 16 women (8%) were executives in the top 20 motor vehicles and parts companies in the Fortune Global 500. Globally, over top executive teams in the auto industry, only 8 percent of executives were women.

When Mary Barra took the wheel of General Motors in 2014, she became the first woman to head a major global automaker. For aspiring auto leaders, Mary Barra’s journey clad with remarkable perseverance and leadership is an avenue of experiential learning. She is hailed as one of the most influential women leaders in the world and her work is her transcript.

We look into other incredible women leaders in the automotive industry and the leadership lessons we can learn from them.

Leadership lessons from 3 influential women leaders in the auto industry 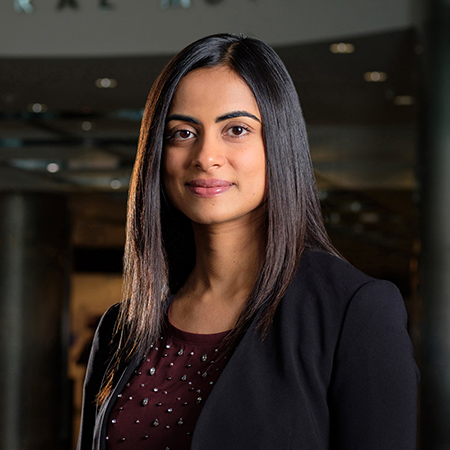 Dhivya Suryadevara is the first woman CFO of General Motors. After joining the auto company in 2004, Suryadevara has quickly risen through the ranks. From handling GM’s $85 billion pension operations to overseeing’s GM’s restructuring and business development to retain its competitive edge, Suryadevara has victoriously met every challenge. As she told Real Simple, she always thrives and enjoyed anything challenging and complicated.

Now that GM is trying to salvage its agility in today’s technological disruption, Suryadevara has her role paved out to lead the auto company through this wave. As she told Detroit Business in 2017, Automakers “are going to be disrupted; we don’t want to be the one that’s disrupted. We want to be the disrupter, but with a strong balance sheet.”

Born and brought up in India, Suryadevara’s journey from Chennai to Harvard Business School and now the CFO of GM has been full of challenges – cultural, financial, and professional. What makes her one of the most influential women leaders in the auto industry is her undeterred spirit in the face of challenges. 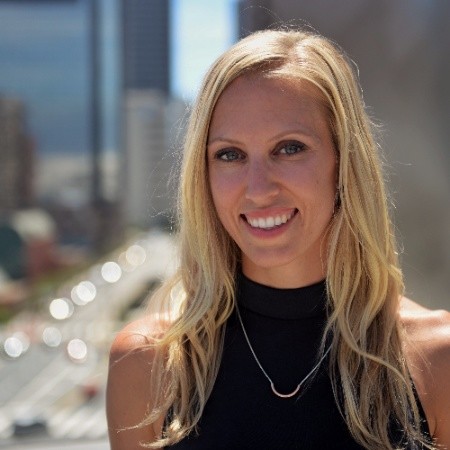 Former lead exterior designer at Acura and Honda, Christensen was the first woman to lead the design team of a major supercar. Her design of the Acura NSX supercar left everyone stunned with its gorgeous design clothed with bold curves and sleek character lines.

Honda had big hopes riding on the second-gen NSX for it was a retrial for the car after production was stopped in 2005. Christensen had previously showcased her design and leadership acumen on several other Acura assignments including designing the concept of the Acura ZDX Crossover.

Honda was looking for someone who could make the propitious car as sleek and powerful on the exterior as it was under the hood and it found one in Christensen. The supercar was a smashing hit. Road & Track named the NSX its Performance Car of the Year for 2017 and words like “Ferrari-killer” were used.

“It looks fast even when it is parked,” Acura General Manager Mike Accavitti told the Los Angeles Times and his quote perfectly summed up the ingenious design of the Acura NSX 2016.

People have been carrying the blokey image of the auto industry for a long time. But that didn’t stop Christensen from taking up the challenge. Michelle Christensen didn’t just become one of the most popular women leaders in automotive by designing a gorgeous car but also laid out the path for the many women aspiring yet hesitating to take on roles previously undertaken by only men. 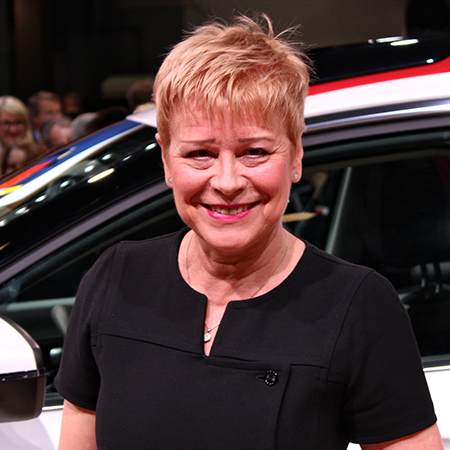 CEO of Citroën, a French car manufacturer, is popularly hailed as the most influential British woman in the automobile industry. Linda Jackson didn’t always aspire to be in the car business. It was a summer job at Jaguar and a clerical position at MG Rover that got her enthralled by the industry. Once she was smitten by the industry, she never looked back. Since her appointment as the CEO of Citroën, the French automaker has seen a remarkable rise of the brand and sales.

An exceptional leader, she has led Citroën through many pioneering initiatives among which is the launch of the first car review website by an auto manufacturer where customers can review dealerships, cars, and even salespeople. Being customer-focused has always been on Jackson’s agenda.

In an interview with Management Today, she talks about the protracted myths about the industry which she has largely debunked. One of them is the perception of the auto industry as predominantly involved in engineering and sales or that you have to be a petrol head to like working in the industry. Jackson came from a finance and management background which helped her look beyond the technicalities of car manufacturing and into customer perspectives.

From a period of turmoil to leading Citroën into a period of stable growth, Jackson’s leadership has been conducive to the automaker’s continuity. Now with Jackson leading the company with a technology and mobility oriented vision, we can expect to see a lot more of Citroën in the future.