The Kids at Google Inc. have finally grown up. Eric Schmidt, Google’s current CEO will step down to welcome Larry Page as Google’s next CEO making Schmidt the executive chairman per Google’s announcement yesterday.

Page will assume the title on April 4 with Sergey Brin, the other Google cofounder to keep his existing title and power to implement direct strategies on new products. Larry Page will lead technology strategy and product development while at the same time taking care of the company’s day to day operations. According to Schmidt Larry is now ready to lead. 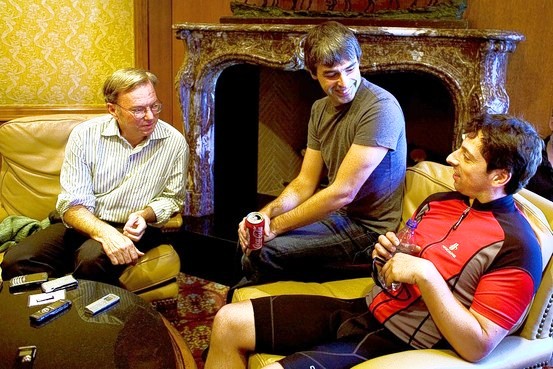 Eric Schmidt, who became Google’s CEO in 2001 explained that he will focus to add the greatest value externally, on the deals, partnerships, customers and broader business relationships, government outreach and technology thought the company deems highly important given Google’s global reach, and internally as an advisor to Larry and Sergey.

Larry Page in his Google announcement hopes to run Google as a triumvirate. He said, “Sergey and I have worked closely together for the last eight years, five at Google. Eric, our CEO, joined Google three years ago. The three of us run the company collaboratively with Sergey and me as Presidents. The structure is unconventional, but we have worked successfully in this way.”

Page and Brin usually make the decisions together briefing others later as both of them founded the company and tend to think alike. When they disagree, Page says the decision is far from obvious and larger team work needs to be brought into play for important decisions.

Google reported $2.5 billion net income in the fourth quarter a lot more with the corresponding figures of the previous fiscal year. Most revenue was generated by Google owned sites with 67 percent of total revenues while the Google partner sites contributing a considerable 30 percent of total revenues. Google’s bulk money mainly comes from search advertising and the Android Market Web portal, providing a marketplace for selling Android-based applications for mobile devices. Comscore’s December ranking results indicate Google’s Lead in the U.S. search market over Microsoft and Yahoo. The 66.6 percent of Google’s U.S. search market share is followed by a mere 16 percent for Yahoo and 12 percent for Microsoft.

Schmidt, the new executive chairman Twittered today saying that day-to-day adult supervision was no longer needed for Page and Brin. The top management shakeup has pleasantly surprised Google’s employees who are desperately hoping for a fresh change in the Bureaucratic functioning to facilitate some space and air for creativity.

The Federal Communications Commission rejected by a vote of 3-2 on Tuesday to freeze the rollout of Ligado Networks’ nationwide mobile bro...
6 hours ago

Apple Inc.’s much-coveted Apple Car could be produced by Kia Corp. at the latter’s manufacturing facility in the United States. The Sout...
7 hours ago