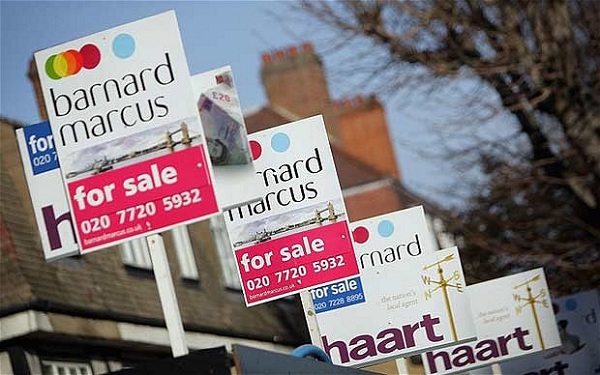 A survey conducted by the Royal Institution of Chartered Surveyors confirmed that the housing prices in the UK had undergone their greatest fall all for an entire year, covering an extensive area, in the period of three months, eventually leading up to the month of July.  The surveyors did not see any signs of improvement in the situation over the course of the next 12 months.

The information gathered from the survey, which even shows sellers maintaining their distance, allows for the reinforcement of an overall depressing scenario regarding the British financial system, which witnessed its largest drop in output for more than three years in the three months to June. National mortgage lenders brought in reports of the greatest drop in the housing prices for almost three years at the beginning of the month.

Extent of Fall in House Prices

According to RICS, its price balance of property in July plummeted downwards from -22 to a low -24 in the month of June, a significantly greater drop than the fall to -23, which was predicted by renowned economists in a poll carried out by Reuters. This suggests that the variation between the percentage of surveyors who predicted a fall in housing prices, and those reporting a housing price increase, was worth 24 percentage points. A majority of 61 percent surveyors stated that no sort ofchange would occur to costs in the three month period to July, and among the surveyors who did report drops, almost three quarters estimated costs had suffered a drop by less than 2 percent.

The worldwide director of residential property for RICS, Peter Bolton King, pointed out that fewer sellers were agreeing to sell their homes and the continuing trouble of getting access to reasonably priced investment was not making it easier. He added that if vendors wanted their houses to get sold quickly, they would have to pick a lower housing price prospects to a more realistic level.

Britain’s sluggish rate of recovery from the recession which took place way back in 2008-09 has been blamed by the government, industries and the Bank of England upon the visible lack of credit from banks. The government partnered with the Bank on the 1st of August and began a so-called Funding for Lending plan which provides banks with the option for cheaper finance if they happen to improve lending to businesses and home-buyers. However, this innovative scheme has not been able to lead to the enhancement in optimism among the members of the RICS who still hold the belief of the housing prices to go down over the period of the following quarter of a year and for the period of the entirety of the next year.

The overall national estimates indicate that the housing prices in the entire UK are almost13 percent below their climax during the pre-crisis period, a comparatively lesser drop than in countries like Spain and the US.

The level of housing prices in Britain is more firm since the country witnessed much less construction leading up to the point of crisis, and also due to the fact that unemployment has a lesser growth rate, avoiding a rush of forced transactions by the owners of homes.