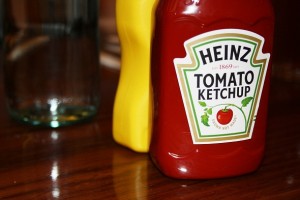 Current Heinz CEO Bernardo Hees will become the CEO of the combined company.

Kraft Foods Group Inc and Ketchup maker H.J. Heinz Co announced Wednesday they are merging to form one of the world’s largest food and beverage companies.

The deal was engineered by Warren Buffett’s Berkshire Hathaway and the Brazilian private equity firm 3G Capital, which joined hands just two years ago to acquire Heinz in a deal valued at $23.3 billion. The two plan to invest another $10 billion in the new company.

The merger comes as popular food brands are struggling to keep up with shifting tastes. Consumers are looking for more unprocessed foods, and have drifted away from one-time staples of the American diet.

Buffett, however, said that the company has a lot of freedom to sell its products outside of the U.S. and Canada and that there are plans to introduce at least four new products by this year end.

Ever since Kraft split from Mondelez International Inc. in 2012, its business has been mainly concentrated in the U.S. and Canada. According to the company’s annual report, all of its production facilities are in those two countries.

Annual cost savings from the combination is estimated to be $1.5 billion by the end of 2017, the companies said.

Current Heinz CEO Bernardo Hees will become the CEO of the combined company and Heinz chairman and managing partner at 3G Capital, Alex Behring will be chairman. John Cahill, Kraft CEO and Chairman will be appointed as the vice chairman.

The merger still requires the approval of federal regulators as well as shareholders of Kraft Foods Group Inc., but the boards of both companies are in favour of the deal. The planned closing is set for the second half of the year.