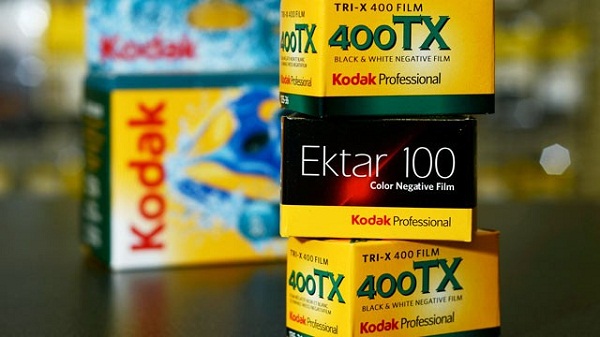 As Eastman Kodak Co. is struggling and trying to near to the bankruptcy end, it agreed to get rid of  its digital imaging patents for approximately $525 million. A group, which is to acquire Kodak’s patents, includes Apple Inc., Google Inc., HTC Corp. and others. Eastman Kodak Co. and analysts are convinced that the sale of over 1,100 digital imaging patents is a step in the right direction and the transaction probably might even save the company which once was a crucial player in the market.

The acquisition of Kodak’s digital imaging patents was won by the consortium which is guided by Intellectual Venture Management LLC and RPX Corp. The group includes as many as 12 big names such as Apple Inc., Amazon.com Inc., Google Inc., HTC Corp., Microsoft Corp., Facebook Inc. and others. Under terms of the deal, the payment is to be divided among the aforementioned licensees.

Initially, the recently acquired Kodak’s patents were initially valued at $2.6 billion. The estimate was overly optimistic as the deal shows. Certainly the initial estimate encouraged the management team of Eastman Kodak Co. to expect too much.  Alex Poltorak, chairman of General Patent Corp., underlined: “Unfortunately (Kodak management) was misled into thinking it was worth billions of dollars and it wasn’t,” adding that the amount which the company got for its patents was fair enough.

In addition, the deal also terminates all patent-infringement suits between Kodak and the licensees, including filed cases against Apple Inc., HTC Corp., Samsung Electronics Co. and others. Back in May, Eastman Kodak Co. underlined that the iPhone maker owed it approximately $1 billion in patent royalties.

Certainly the acquisition of Kodak’s digital imaging patents was thought to be profitable as before joining forces to create one bidding group led by Intellectual Venture, Apple Inc. and Google Inc. had formed opposing consortiums bidding for them. However the two consortiums decided to unite back in August when the auction was approaching its initial date. The decision was certainly practical and rational as it allowed each company to pay only for those potent it really needed.

Kodak to emerge from bankruptcy

The company, which was founded back in 1880, filed for bankruptcy after a long struggle to stay significant in the market as digital photography undermined its film business. The company was forced to sell several businesses and everything indicates that it will have to stop producing digital cameras as well.

Despite recent problems and bankruptcy-related issues, the management team of Eastman Kodak Co. is convinced that the company will reemerge as a sustainable and strong enterprise. Antonio Perez, chief executive officer at Eastman Kodak Co., underlined that the company would be engaged mainly in commercial imaging business. Analysts are also strongly convinced that once the Eastman Kodak Co. exits bankruptcy, it will be a totally different entity with main focus on providing products and services to the commercial imaging market.

Anna Domanska
Anna Domanska is an Industry Leaders Magazine author possessing wide-range of knowledge for Business News. She is an avid reader and writer of Business and CEO Magazines and a rigorous follower of Business Leaders.
« GM wants to conquer China with Cadillac brand
NYSE to be acquired by ICE for $8.2bn »
Leave a Comment
Close