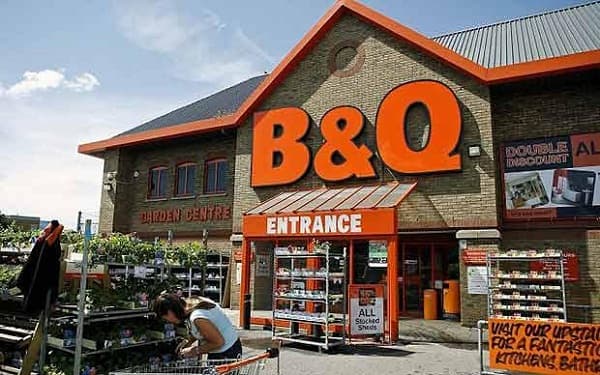 Kingfisher Plc, the Europe’s largest home-improvement retailer, published information on the first decline in mid-year earnings since 2006. Kingfisher Plc, which is the owner of B&Q, posted an adjusted pre-tax profit which was down approximately 15.5 percent to 371 million in the first half of the year, according to data. Company’s officials have blamed the wettest summer on record, foreign exchange movements and the cost of accelerating openings of new common brands in the UK for the latest decline in the Kingfisher Plc’s profits.

Kingfisher Plc reported a 15.5 percent drop in the first half profit that is said to have reflected dreadful weather conditions in Britain and France as well as government austerity measures implemented across Europe. In addition, company’s officials noted that swings in the value of the euro and Polish zloty (PLN) impacted Kingfisher Plc’s profit as well. Both the dreadful summer and adverse currency movements cost Kingfisher Plc roughly £25 milion in the period.

According to data released by Kingfisher Plc, the adjusted pretax profit dropped 15.5 percent to £371 million, or $596 million, in the six months to July 28. The Kingfisher Plc’s profit was less than the average analysts’ estimate of approximately $398.8 million. In the same period last year Kingfisher Plc, which runs the market-leading B&Q chain in Britain as well as Castorama and Brico Depot in France and elsewhere, made £439 million.

Compiled data by Kingfisher Plc also showed a 3.3 percent decrease in sales in the same period previous year. In addition, sales in Kingfisher Plc’s stores dropped by roughly 1.8 percent to £2.3 billion but group’s profits fell 20.1 percent as the business was forced to discount seasonal stock. Respectively, barbecue sales were down 7 percent in volume year-on year, while sales of garden plants dropped approximately 20 percent.

The company’s report also showed that revenue in French Kingfisher Plc’s stores dropped by 5.8 percent and profits fell by 4.9 percent. In addition, the business is currently waiting for new tax policies to be implemented by new president François Hollande.

Kingfisher Plc’s results showed that the company was struggling amid the economic conditions in Europe. Ian Cheshire, CEO at Kingfisher Plc, admitted that it had been a “tough first half”, however the company, in his opinion, remained in “resilient shape”.

The wet summer and not too good economic situation in Europe cost Kingfisher Plc approximately $25 to $30 million as costumers were not willing to spend on barbecues and garden furniture. However many European retailers have been also suffering from squeezed consumers’ disposable incomes, muted wages growth as well as recently implemented government austerity measures.

Despite the economic situation and poor weather conditions Kingfisher Plc, which is the world’s third-largest home improvement retailer just behind U.S. groups Lowe’s and Home Depot, is said to have performed better than most companies. The company decided to offset weak demand in many of its markets with an attempt to improve Kingfisher Plc’s profitability by purchasing goods centrally, and directly, from cheaper producers which are mainly based in China.