Kindle on Fire, Sells Over 1 Million Units in December 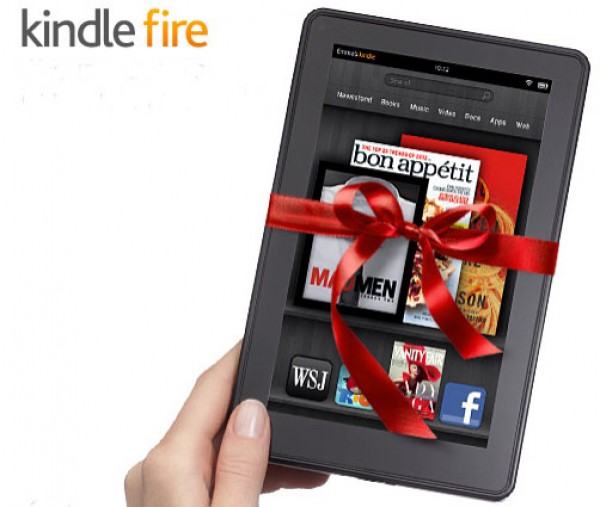 Amazon indeed had a great Christmas holiday this year. Kindle topped the sales chartbuster. Amazon declared that it sold over a million Kindles each week for the last month of the year. But that’s not all, Amazon also managed putting up for sales of millions of Kindle Fire during the Christmas holiday shopping season as well as the after-Christmas sale.

The newly released Kindle Fire tablet topped the list, while the Kindle Touch and regular old Kindle slid down to numbers two and three respectively. According to various reports, Kindle Fire has been the bestselling and most gifted item on Amazon.com. And guess what, it’s hardly been 13 weeks since its debut in the tech market.

Kindle had the best ever holiday season this year, when its sales went beyond expectations in U.S. Kindle Fire, the $200 tablet, has not yet been made available in other countries.

Even though the figures for Kindle Fire are incomplete, it still remains good news for Amazon after all the criticisms that the Kindle Fire received regarding the poor quality of its software since its release in November. Amazon issued a software update just before Christmas that Amazon said “enhances fluidity and performance, improves touch navigation responsiveness”.

With the rise of Kindle Fire’s happy and bumper Christmas holiday season, Amazon also drew attention to the success of Kindle Direct Publishing, the system that allows authors to self-publish ebooks. Two of the top selling ebooks in 2011 were self-published.

Jeff Bezos, Amazon.com founder and CEO was grateful to its customers. Jeff Bezos said, “We are grateful to our customers worldwide for making this the best holiday ever for Kindle. And in a huge milestone for independent publishing, we’d also like to congratulate Darcie Chan, the author of ‘The Mill River Recluse,’ and Chris Culver, the author of ‘The Abbey,’ for writing two of the best-selling Kindle books of the year.”

It all sounds good, but may be Amazon is facing a little pressure, now after the bumper sales, to prove Kindle Fire, after the criticisms all over. Remarkably, the lose grips and criticisms hasn’t done any harm to Kindle Fire and neither has it stooped millions of shopaholics and customers to buy the $199 Kindle Fire this holiday season.

And in spite of all the criticism, most customers seem really pleased with Kindle Fires performance, which is posted as user reviews and comments on tech sites. May be, getting Kindle Fire at such a low price with lots of apps and media content has made consumers overlook a few flaws.